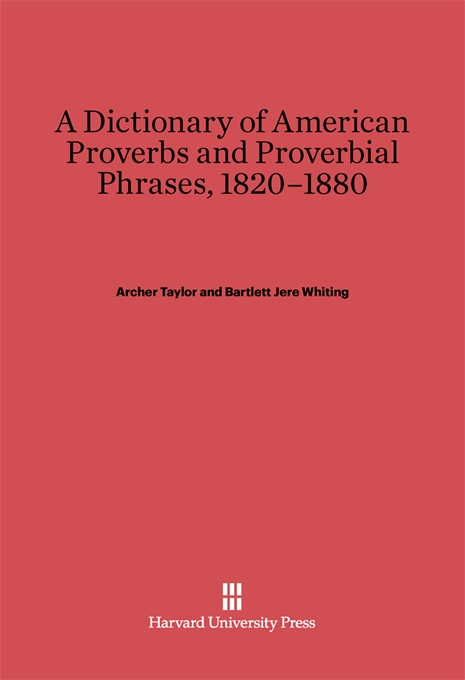 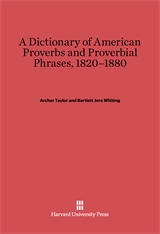 A Dictionary of American Proverbs and Proverbial Phrases, 1820–1880

This unique collection of proverbial material from representative American writings between 1820 and 1880 continues such other reference works as Whiting’s book on Chaucer proverbs, Whiting’s book of proverbs in the earlier English drama, and M. P. Tilley’s Dictionary of the Proverb in England in the Sixteenth and Seventeenth Centuries.

The book is useful to all students of proverbs, and to students of folklore, and American literature. The authors indicate whether the proverb is still currently used (with citations of modern instances) and relates the history of many expressions. The method of approach is the standard accepted one in such dictionaries, with perhaps a more generous range in definition. The alphabetical arrangement is conventional—the only convenient one for use. The quotations are dated, and in chronological order; hence the dictionary is historically useful.

Particular care was taken to obtain a selection of writings from a broad cross-section of the United States. The chief literary figures have been excerpted—Cooper, Holmes, Lowell, Melville—and also the conspicuous regional writings, and the works of Lincoln.