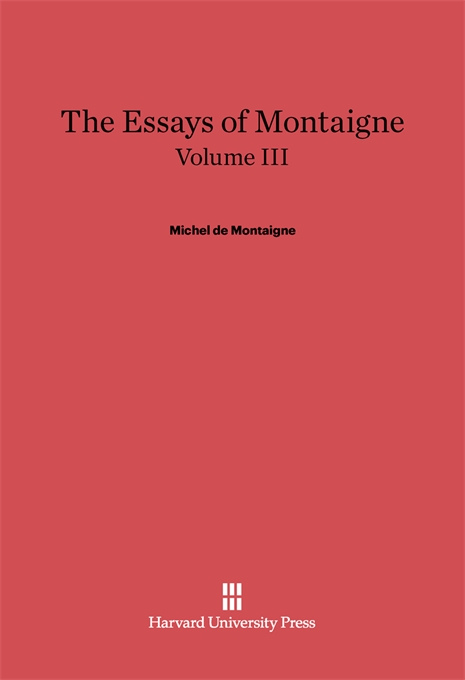 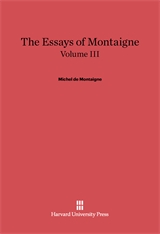 The Essays of Montaigne, Volume III

Translated by George B. Ives

Years of tireless and devoted effort have gone into the preparation of this new translation of Montaigne, the first since that of Charles Cotton in 1670. Florio’s translation, which had preceded Cotton’s, was published in 1603, was reissued in 1613 and 1632, and has been reprinted a number of times within the past forty or fifty years, but always without modification of the language. Cotton’s version has been considerably changed in the course of the many editions through which it has passed. Both, however, are entirely inadequate in their interpretation of Montaigne’s thought and the communication of his style. George Ives’s translation now gives English readers the first thoroughly satisfactory rendering of this world classic. May Lamberton Becker, in her “Reader’s Guide Book,” says that it is “as nearly perfect as is likely to be offered to imperfect humanity.” The illuminating Introductions for the Essays are by Grace Norton, the distinguished sister of Charles Eliot Norton.