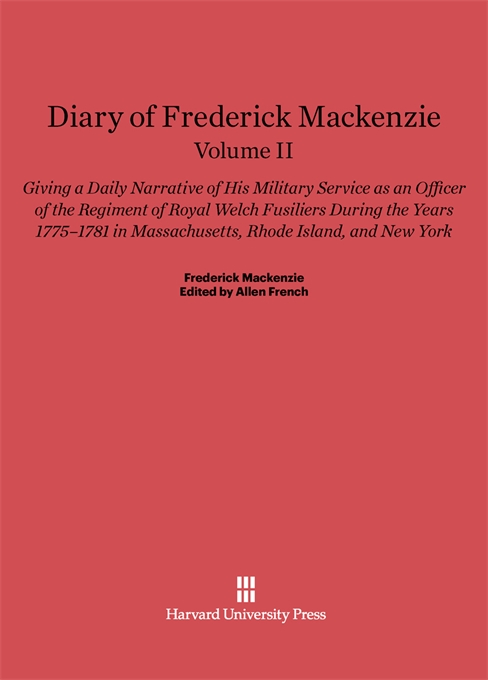 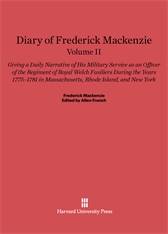 Giving a Daily Narrative of His Military Service as an Officer of the Regiment of Royal Welch Fusiliers during the Years 1775-1781 in Massachusetts, Rhode Island, and New York, Volume II

Part of this diary, describing the events at Lexington and Concord on April 19, 1775, was published a few years ago under the title "A British Fusilier in Revolutionary Boston." The present volume includes that section as well as all the remainder of the remarkable diary kept between 1775 and 1781 by Frederick Mackenzie; it is printed without editing. The diarist’s entries include details of what happened in and round Rhode Island in the years 1776 and 1778, a detailed description of the events in New York during the twelve months from January to December, 1781, and reports received at headquarters during that time regarding the doings of the fleet and the campaign farther south that culminated in the surrender of Cornwallis. Mackenzie records his facts in a notably impersonal way; his cool-headedness, his judiciousness, his competence as a soldier, his keenness as an observer, and his dry exactness of style inspire the reader with the greatest confidence and make his one of the best British diaries of the Revolutionary period.