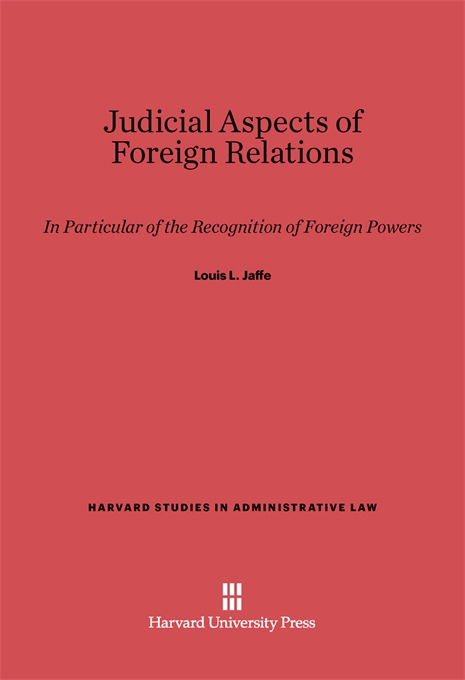 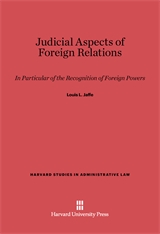 In Particular of the Recognition of Foreign Powers

The long-delayed recognition of the Russian Soviets, which has provided courts throughout the world with a host of perplexing questions as to the rights and immunities of unrecognized powers and the effect of their laws and decrees, is one of the many specific problems discussed by Louis Jaffe in this important volume. As a basis, he examines the relations between the judiciary and the executive, and indicates the extent to which considerations of extra-national policy have already penetrated judicial decision. In developing a theory of the function of recognition, he considers the theories of the past and the present, the history out of which they grew, their relation to the basic concepts of international law and in particular to the theory of external sovereignty, and their truth and value in terms of current practice and current needs.