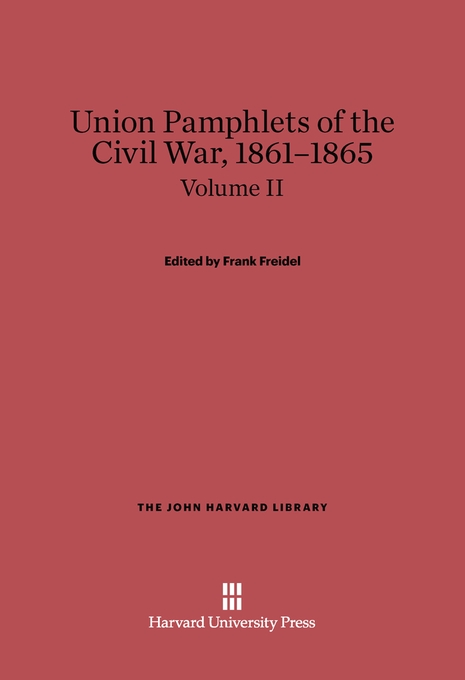 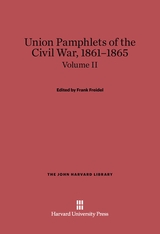 When the ideological confrontation between the South and the North disintegrated into a bitter military conflict, the war of words was continued in an even more intensive form, particularly on the Union side. Engaged in a hard and uncertain struggle, people sought to define the meaning of the war. This first published collection of Union pamphlets of the Civil War conveys the range and depth as well as the fervor of the public controversies that swept the North from 1861 to 1865.

Conducted more or less at random during the first years of the war, pamphleteering acquired organization and direction in 1863 with the appearance of publication societies established by both parties. The fierce pressures of the time forced Republicans and Democrats alike to deal with the most difficult intellectual and ethical problems, and to reach, occasionally, a new understanding. The pamphlets contain the arguments of such distinguished figures as Emma Willard and S. F. B. Morse; the persuasive and learned constitutionalism of Francis Lieber and Horace Binney; and the transcending vision of Wendell Phillips. As Frank Freidel points out, the Civil War cannot be traced through the pamphlets, but neither can the Civil War be wholly understood without them.