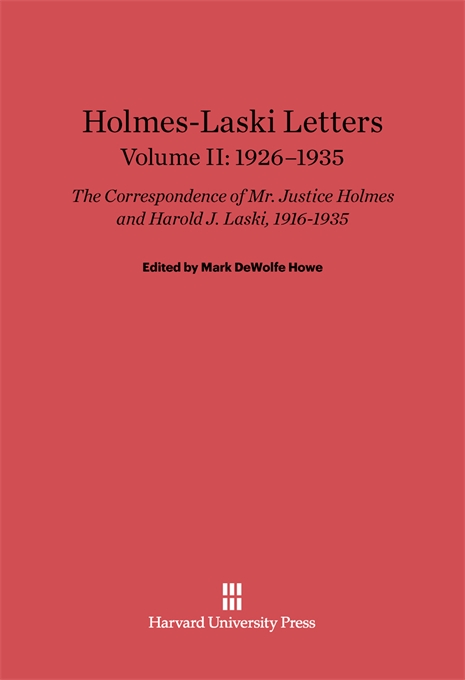 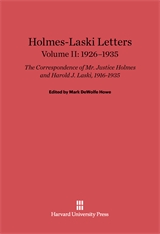 An extraordinary record of an equally extraordinary friendship—the correspondence of these peerless letter-writers begins when Holmes was seventy-five and Laski twenty-three years of age, and at once it blossoms into an intimate exchange of thoughts, projects and deeds. These letters reflect the intellectual and personal lives of two articulate and brilliant men who had great influence on their times.

Laski’s account of his intellectual, social, and political doings—told with vividness, humor, and at times with malice—has a fascination all its own; Laski’s youth and versatility aroused in Holmes interests (and even indiscretions) which another English correspondent, Sir Frederick Pollock, did not stir. Holmes and Laski tell about the people, the politics, and the passions that made history between two World Wars. They discuss their personal philosophies and beliefs. They write about books and paintings, and the eating habits of the Dutch. They confide their choicest anecdotes.

Everyone with an interest in what thoughtful men had to say about our civilization will want to read these superb letters, and the historians of both England and America will find them a veritable gold mine of hitherto unavailable information.