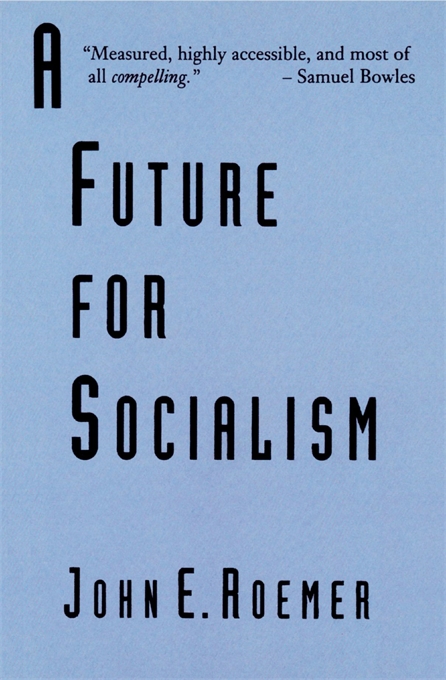 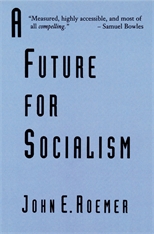 A Future for Socialism

Many people point to recent events—the collapse of the Soviet Union, the electoral defeat of the Sandinistas—as proof that capitalism has triumphed over socialism once and for all. In A Future for Socialism, a noted economist argues that socialism is not dead but merely in need of modernizing. John Roemer believes that the hallmark of socialism is egalitarianism—equality of opportunity for self-realization and welfare, for political influence, and for social status—and he reminds us that capitalist societies face increasingly difficult problems of poverty and social inequality. Reenergizing a debate that began with Oskar Lange and Friedrich Hayek in the late 1930s, he brings to important questions of political economy a new level of sophistication in line with contemporary theories of justice and equality.

Roemer sees the solution of the principal-agent problem as the key to developing a decentralized market-socialist economy. This would be capable of maintaining efficiency and technological innovation while supporting a substantively more equal distribution of income than is achieved in capitalist economies. Roemer defends his views against skeptics on the right, who believe that efficiency and innovation are incompatible with egalitarianism, and skeptics on the left, who believe that socialism is incompatible with markets.

Because of its interdisciplinary approach, A Future for Socialism will appeal to a general social science audience, including economists, political scientists, sociologists, and political philosophers. It is also accessible to the interested reader.