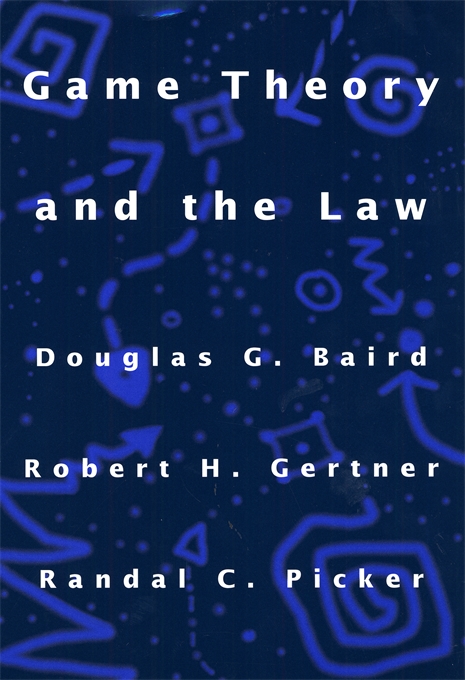 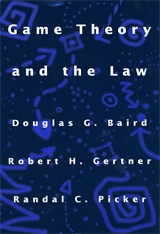 Game Theory and the Law

“The most comprehensive and encompassing treatment of this approach… [This] is the first nontechnical, modern introduction to how (noncooperative) game theory can be applied specifically to legal analysis… Game Theory and the Law is a user-friendly analysis of concrete, numerical examples, rather than a theoretical presentation of abstract concepts. The authors introduce and explain, with actual legal cases or hypotheticals, the salient issues of modern game theory. This breadth of coverage is remarkable. This is not just a textbook; it is also something of a research monograph, introducing many new models attributable to the authors alone.”—Peter H. Huang, Jurimetrics Journal

“Game Theory and the Law is an important book. It is important in the sense that it will serve as a catalyst for an expanded use of game-theoretic models in the study of law. It will be a book that people will one day recognize as having had a considerable influence on its field. And it will receive the praise that accompanies such influence. Happily, such influence will be beneficial to the field of law and such praise will be richly deserved, because Game Theory and the Law is an extremely intelligent and thoughtful text… One of the features of the book that is most striking (and, for my part, most welcome) is the thoughtful and sensible manner in which they approach the use of game theory. Unlike many proponents of game-theoretic analysis, they do not present it as the only legitimate approach to social-scientific analysis. The authors present game theory as a powerful tool that can be used along with other approaches to enhance our understanding of the role of law in social life… The persuasiveness of their general argument for the utility of game theory derives from a combination of the power of their insights along with the sensibility of their analysis. The book is written in a clear, concise and interesting manner. Its bibliographic references render it a source book for additional research in both game theory and law. This is a book that should be read by scholars of law in particular and scholars of political behavior in particular.”—Jack Knight, Law and Politics Book Review

“Game Theory and the Law promises to be the definitive guide to the field. It provides a highly sophisticated yet exceptionally clear explanation of game theory, with a host of applications to legal issues. The authors have not only synthesized the existing scholarship, but also created the foundation for the next generation of research in law and economics.”—Daniel A. Farber, University of Minnesota Law School