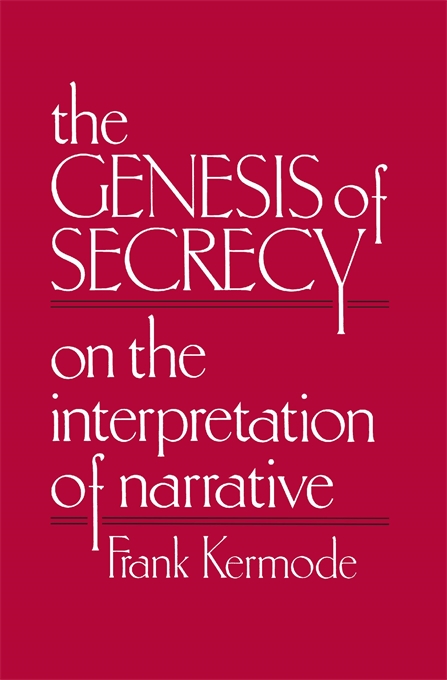 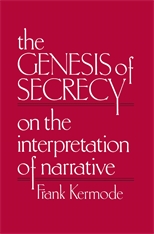 The Genesis of Secrecy

On the Interpretation of Narrative

Frank Kermode has long held a distinctive place among modern critics. He brings to the study of literature a fine and fresh critical intelligence that is always richly suggestive, never modish. He offers here an inquiry—elegant in conception and style—into the art of interpretation. His subject quite simply is meanings; how they are revealed and how they are concealed.

Drawing on the venerable tradition of biblical interpretation, Mr. Kermode examines some enigmatic passages and episodes in the gospels. From his reading come ideas about what makes interpretation possible—and often impossible. He considers ways in which narratives acquire opacity, and he asks whether there are methods of distinguishing all possible meaning from a central meaning which gives the story its structure. He raises questions concerning the interpretation of single texts in relation to their context in a writer’s work and a tradition; considers the special interpretative problems of historical narration; and tries to relate the activities of the interpreter to interpretation more broadly conceived as a means of living in the world.

While discussing the gospels, Mr. Kermode touches upon such literary works as Kafka’s parables, Joyce’s Ulysses, Henry James’s novels, and Pynchon’s Crying of Lot 49. By showing the relationships between religious interpretation and literary criticism, he has enhanced both fields.