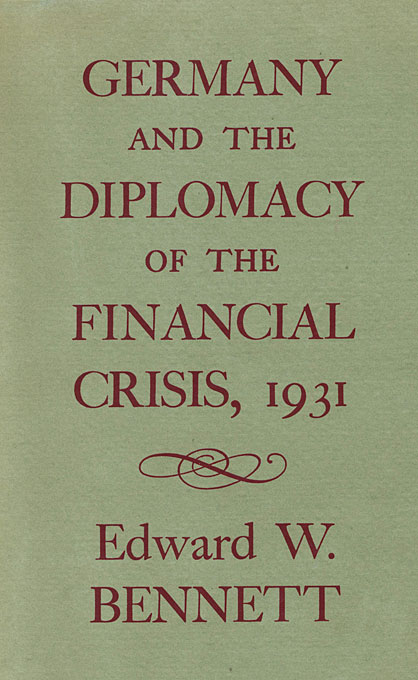 Germany and the Diplomacy of the Financial Crisis, 1931

Using documents only recently available, this pioneering book explores the interaction of German, British, French, and American policy at a time when the great depression and the growing political power of the Nazis had created a European crisis—the only such crisis between 1910 and 1941 in which the United States played a leading role. The author uses contemporary records to rectify the later accounts of such participants as Herbert Hoover, Julius Curtius, and Paul Schmidt. He describes the negotiations of the major powers arising out of the Austro-German plans for a customs union, and relates this problem to the question of terminating reparations and war debts. He shows how the Governor of the Bank of England directed British foreign policy into bitter opposition to France and how the German government sought to exploit the German private debt to Wall Street.

Edward Bennett comes to the conclusion that the Brüning government, contrary to widely held opinion, received fully as much help as it deserved, while the Western powers were already showing the disunity and irresponsibility which proved so disastrous in later years. Although primarily a diplomatic history, this book also offers fresh information on pre-Hitler Germany, MacDonald’s Britain, the Hoover administration, and the early career of Pierre Laval.