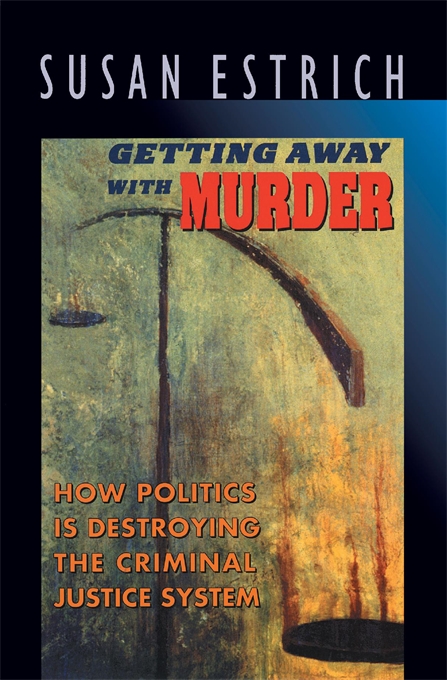 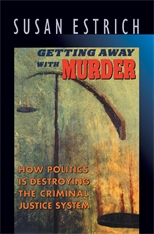 Getting Away with Murder

How Politics Is Destroying the Criminal Justice System

Justice isn’t blind. It’s winking. This is the message Americans get when, against the weight of overwhelming evidence, high-profile suspects go free; when there are special sentencing rules for battered wives or adult survivors of childhood abuse; when murderers are released from prison to rape and murder again, and politicians make political hay out of these cases; when lawyers look less like servants of higher values and more like profit seekers reaping fortunes by helping clients get away with murder. This book is a penetrating look into what’s wrong with the American legal system, a devastating critique of how politics has corrupted criminal law in America.

Written with clarity and simplicity, Getting Away with Murder is a lesson in how the law works and a blueprint for how it should work. Susan Estrich takes on the enflamed issues, from the O. J. Simpson trial to three strikes legislation, but pushes well beyond the soundbite answers. Drawing on her background as a lawyer, political commentator, professor, and national campaign manager for Michael Dukakis, she brings academic expertise and political experience together in a way that very few people can.

In particular, Estrich argues that group-based jury nullification, like group-based abuse excuses, is precisely the wrong answer to the biases of the criminal justice system. Getting Away with Murder also views this system in the wider political arena, where fiascoes like the Willie Horton case stifle political debate and promote policies that tie the hands of judges in dealing with dangerous offenders. Lawyers do not escape Estrich’s notice; she directs some of her most pointed remarks at the failure of the legal profession to tend to the ethical duties and legal values that it professes.

At a time when three quarters of black Americans believe that the criminal justice system is racist and unfair; when nearly half of all whites think it’s ineffective and in decline; when crime, though falling, still tops the list of public concerns, and politicians exploit public distrust of the system to get elected, Getting Away with Murder makes a statement that is powerful, controversial, and urgently needed.