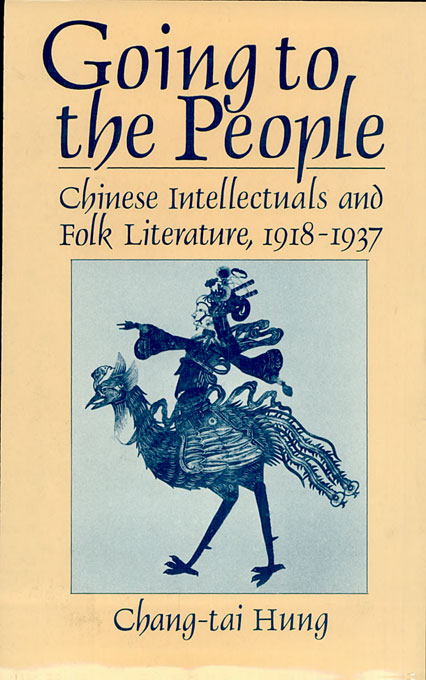 Going to the People

It is generally believed that Mao Zedong’s populism was an abrupt departure from traditional Chinese thought. This study demonstrates that many of its key concepts had been developed several decades earlier by young May Fourth intellectuals, including Liu Fu, Zhou Zuoren, and Gu Jiegang. The Chinese folk-literature movement, begun at National Beijing University in 1918, changed the attitudes of Chinese intellectuals toward literature and toward the common people.

Turning their backs on “high culture” and Confucianism, young folklorists began “going to the people,” particularly peasants, to gather the songs, legends, children’s stories, and proverbs that Chang-tai Hung here describes and analyzes. Their focus on rural culture, rural people, and rural problems was later to be expanded by the Chinese Communist revolutionaries.