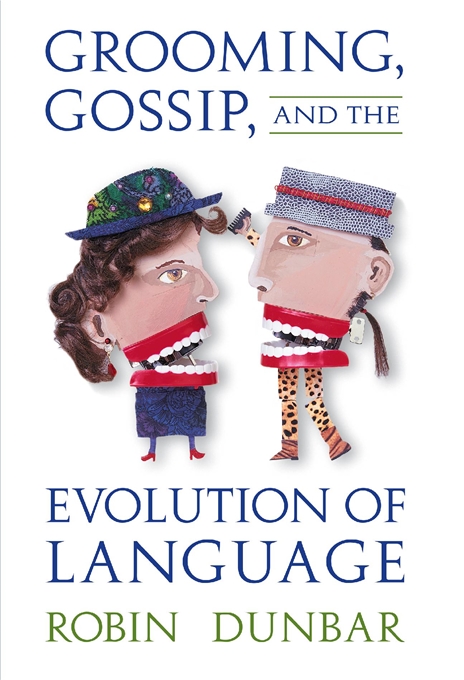 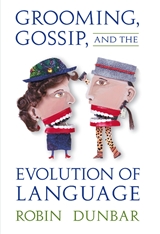 Grooming, Gossip, and the Evolution of Language

“At the heart of this fresh and witty book is the thesis that gossip is the human version of primate grooming… Grooming, Gossip, and the Evolution of Language is in many ways a wonderful book, and its ideas deserve an airing. Mr. Dunbar is a clear thinker and a polymath, marshaling evidence for his thesis from such varied fields as primatology, linguistics, anthropology and genetics.”—Natalie Angier, The New York Times Book Review

“[Dunbar’s] is an intoxicating idea, somewhere between brilliant and loopy. On the way to fleshing out this bracing thesis, Dunbar gives us what he calls a ‘magical mystery tour’ of scientific disciplines, including neurology, linguistics, evolution and more… [H]is ideas and language can be delightful.”—John Schwartz, The Washington Post Book World

“This book, which gives a deep insight into the emerging field of evolutionary psychology, is about as smart as they come. It tackles the related questions of brain size and the evolution of language, and relates our love of gossip and small talk to the endless grooming routines of other primates. It’s ‘Dilbert’ for those who want to know why.”—David Warsh, The Boston Globe

“If you’ve ever wondered why we gossip, read Dr. Robin Dunbar’s Grooming, Gossip, and the Evolution of Language. Humans are the only primates that use language, and Dunbar theorizes that we gossip to strengthen our social status because we can’t groom each other.”—Johanna Huden, The New York Post

“We’re chatterers and snoops, every one of us, according to this fresh, witty book, and there’s an evolutionary reason: gossip, like primate grooming, helps cement social ties.”—The New York Times

“The ‘grooming’ of this book’s title is when primates leisurely go over each other’s fur and skin, picking and pinching in a practice that produces not only mutual pleasure but also social bonding. The ‘gossip’ is supposed to be what happens when humans do much the same thing with language. And the ‘evolution’ gets us from one stage to the other… So could human language have replaced grooming? This central hypothesis is important because it involves a vision of what language is all about; it may stand or fall on the strength of that vision.”—Anthony Pym, The European Legacy

“Robin Dunbar’s Grooming, Gossip, and the Evolution of Language is a highly enjoyable speculation, in Neo-Darwinian mode, of how and why humans came to have language. The argument of the book is the now not unfamiliar argument that the point of talking is being able to make small talk (the ‘gossip’ of the title), and that small talk produces social cohesion and mitigates social conflict. In other words, it does what primatologists have long claimed grooming does for non-human primates… The book is frequently humorous and charming, always readable, and often modest in tone… The citations to his own and others’ original research and the review of the literature on non-human primate language and grooming practices, are part of what make this book well suited for a general readership, but also appropriate for a more specialized academic and student readership.”—Charis Cussins, Journal of the History of the Behavioral Sciences

“It may seem a stretch to connect the origin of speech with the grooming behavior of baboons, but Dunbar’s research has persuaded him of such a link. This intriguing book presents his thesis, which he formulated after noting a relationship between maximum group size and the ratio of neocortical tissue to total brain volume. Dunbar then extrapolates to humans, proposing 150 as the upper range of people any one person can personally maintain relationships with via our equivalent of grooming: gossipy chitchat… [H]e argues the case, in evolutionary biological terms, in an elucidating and entertaining manner. How language began fascinates most of us, and consistently delightful are Dunbar’s excursions into paleoanthropological anatomy, exigencies of nomadic living, philology of root languages, and the conversational styles at cocktail parties. A relaxed, concise presentation of an evolving theory of linguistic evolution.”—Booklist

“Fascinating theories and cogent insights into why and how we use language, as learned from our simian relatives. Dunbar is a psychologist at the University of Liverpool, but his lucid Darwinian forays into the evolution of language draw widely on the fields of anatomy, linguistics, sociology, and anthropology… An enjoyable romp through the past few hundred thousand years. Where else could you learn that it takes a village to grow a neocortex or that, to reproduce the best genes, women network and men advertise?”—Kirkus Reviews

“Dunbar has written provocative book about the sociology of language use… [A] fascinating study.”—Library Journal

“A novel and exciting argument—delivered with great verve—about the evolution of human intelligence and language.”—Alison Jolly, Princeton University