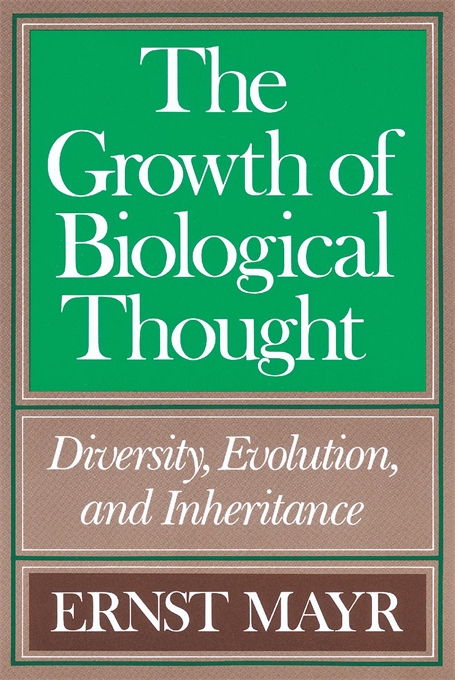 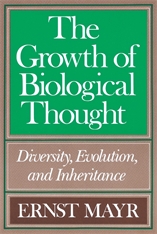 The Growth of Biological Thought

“Professor Mayr has written a monumental history of biological ideas… [It is] a marvelous course in evolution, taught historically. For a reader who is willing to make the effort, this book provides one of the best and most nearly complete discussions of these ideas to be found anywhere. It is an example of those rare books in popular science which can teach scientists as well as laymen… [This book] is full of insights and historical revelations. Nothing quite like The Growth of Biological Thought has been attempted before. It is a book that could have been written only by a scientist in complete command of his subject.”—Jeremy Bernstein, The New Yorker

“The Growth of Biological Thought will be a richly rewarding experience… Mayr’s vivid manner, his clear analytical distinctions, his candor in meeting controversial issues head on, make his discussions as stimulating as they are valuable.”—Frederic L. Holmes, The Washington Post Book World

“This solid book…is essential reading for everyone at all interested in evolution, in biology or its history, or in science in general.”—A.J. Cain, Nature

“This is an extraordinary, epic work in which Mayr once again shows himself a master of detail, interpretation, and synthesis.”—Douglas J. Futuyma, Science

“Mayr’s book is a book of great erudition and insight. No other single volume offers such an extensive account of the history of the subjects in question while providing as penetrating a view of the nature of these subjects.”—Richard W. Burkhardt, The Times Higher Education Supplement