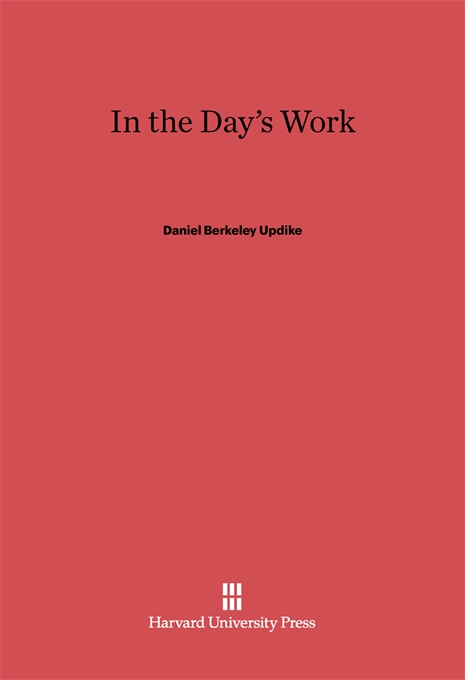 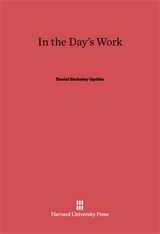 In the Day's Work

To preach and at the same time to practice lies unfortunately beyond the power of most human beings, and so Daniel Updike’s new volume has at least one distinction: it not only formulates the laws of good printing, but it embodies the standards which have made Updike one of the greatest modern printers and have placed his Merrymount Press among the most important printing-houses of the world. His three essays are entitled “On the Planning of Printing,” “Style in the Use of Type,” and “The Seven Champions of Typography.” The book will be a source of instruction and delight to everyone who occasionally needs the services of a printer, and especially to book-collectors as a compendium of typographical taste.