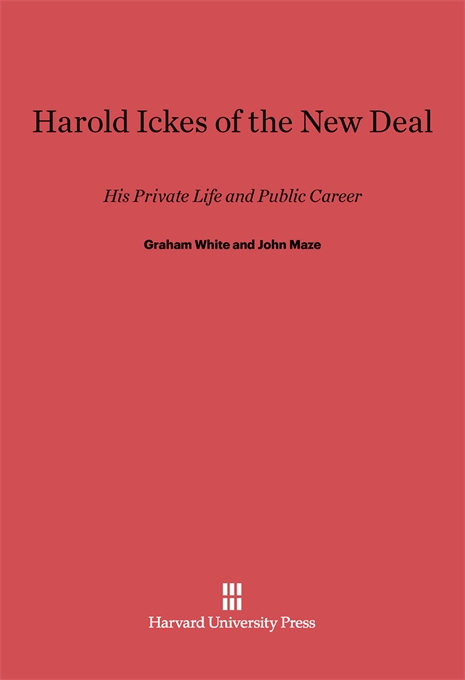 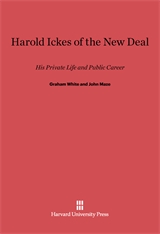 Harold Ickes of the New Deal

His Private Life and Public Career

Very little has been written about Harold Ickes, one of the most important, complex, and colorful figures of the New Deal. By any standards his public career was remarkable. For thirteen turbulent years as Interior Secretary and as head of the Public Works Administration he was an uncommonly effective official and a widely acknowledged leader of liberal reform. As the foremost conservationist of his time, he saved millions of acres of land from decimation. He was matchless, too, as a fighter for just causes, and used his formidable talent for invective and his inexhaustible supply of moral fervor to flay representatives of prejudice and self-interest, whether in the cause of Negro rights or that of the common man against economic royalists.

Despite a long and distinguished public life, Ickes is an enigma because of his inability to control his rage, to temper his public criticism, to respond objectively to situations. At the heart of his public and private life was constant moral outrage. This astute study by a historian and a psychologist probes the sources and consequences of Ickes’ abnormal combativeness.

White and Maze uncover the psychological imperatives and conscious ideals of Ickes’ unknown private life that illuminate his public career. Some of the episodes include sadistic attacks by an elder brother; young Harold contemplating shooting his father; bitter and physical brawls with his imperious, wealthy, and previously married socialite wife, Anna Wilmarth Thompson of Chicago; and thoughts of suicide.

Richard Polenberg calls this book “Superb [and] one of the most informative and interesting I have read on the New Deal. The story shows Ickes’ weaknesses and flaws, but it puts them in context. The authors have not tried to explain everything Ickes ever did wholly in psychological terms, but the particular insights they bring to bear help present a rounded view of the man. The book is beautifully written.”