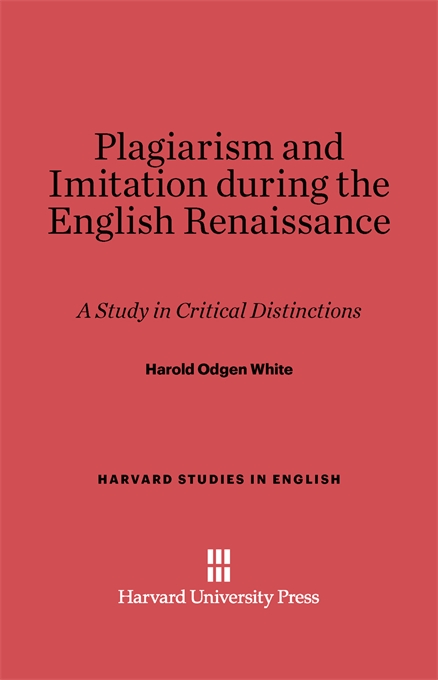 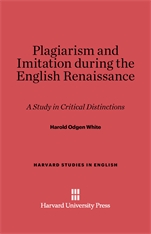 Plagiarism and Imitation during the English Renaissance

A Study in Critical Distinctions

Disregarding for the moment all modern theories of literary property rights and plagiarism, Harold White has gone directly to the writers of the sixteenth and early seventeenth centuries to find out what they themselves said about imitation. He has combed the entire literature of the period for even the most incidental references to what modern critics call plagiarism. He shows that his authors neither damned imitation because its abuse was evil nor demanded invention because its right use was good. Instead, profiting by each, they triumphantly applied the classical doctrine that originality of real worth is to be achieved only through creative imitation.