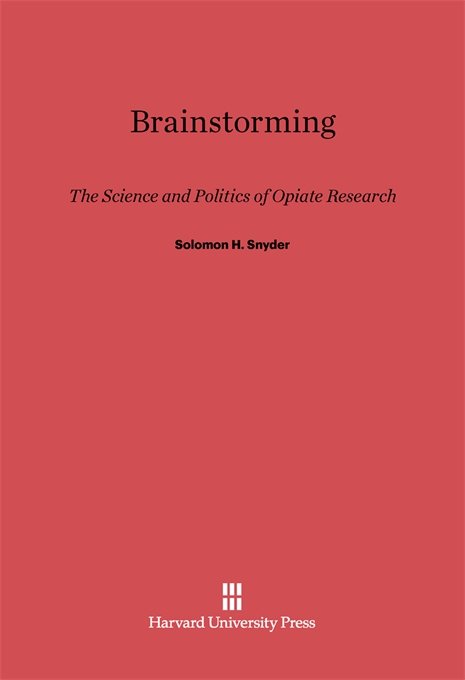 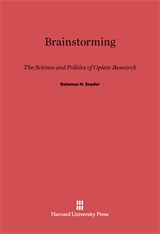 The Science and Politics of Opiate Research

The discovery of how opiates such as morphine and heroin relieve pain and produce euphoria is one of the most dramatic tales of modern science. It begins in 1971 when, at the height of the undeclared war in Vietnam, Richard Nixon officially announced a war on drugs. Heroin addiction—no longer confined to urban ghettos—was causing bad public relations for the White House. The specter of young American soldiers demoralized, drugged, and committing atrocities was not the image President Nixon wished to convey as he argued for further bombings of North Vietnam.

In this book Solomon Snyder describes the political maneuverings and scientific sleuthing that led him and Candace Pert, then a graduate student in his lab, to a critical breakthrough in the effort to understand addiction. Their discovery—the so-called opiate receptor—is a structure on the surface of certain nerve cells that attracts opiates. Heroin or morphine molecules fit into opiate receptors much as a key fits into the ignition switch of a car—thus turning on the engine of the cell. Snyder and his students were able to show that nerve cells which possess opiate receptors are found in precisely those parts of the brain that control emotion and pain.

Dr. Snyder describes the friendly yet intense competition from other researchers to expand upon this initial discovery. From the work of two Scottish investigators, Hans Kosterlitz and John Hughes, neuroscientists now know not only where opiate receptors are found in the brain but also why they are there: to serve as binding sites for an opiate-like substance produced by the brain itself—the brain’s own morphine. This substance, called enkephalin, regulates pain, mood, and a host of other physiological functions.

From this very human chronicle of scientific battles in the ongoing war against pain and addiction, we gain an appreciation of the extraordinary intellectual processes of an eminent scientist. But Dr. Snyder’s story of scientific brainstorming also affords us rare glimpses into the fruitful, sometimes frustrating, relationships among scientists which enrich and complicate creative work. We are reminded of the delicate political alliances that are forged at every level of organization, from the lab bench to the Oval Office, as the scientific community attempts to fit its needs to those of the larger society.