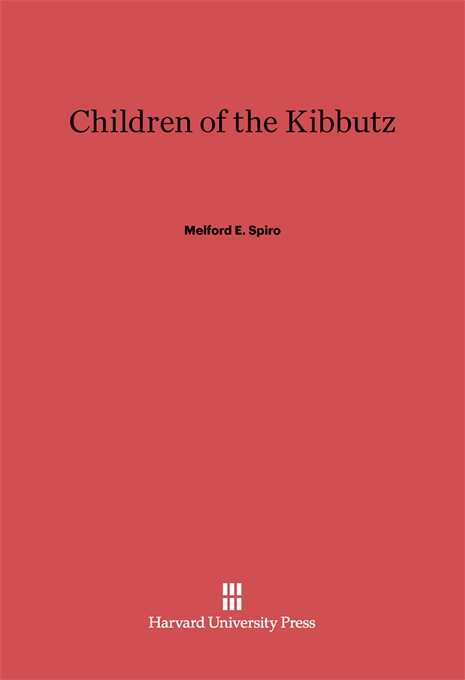 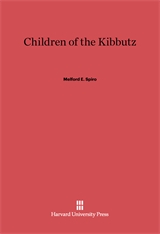 Children of the Kibbutz

A Study in Child Training and Personality, Revised Edition

In the early twentieth century, a small group of eighteen- and nineteen-year-old Polish Jews arrived in Israel and, a year later, founded Kiryat Yedidim. Today, their kibbutz is a flourishing communal society. Melford Spiro’s study is an established and standard work on collective settlement in Israel. It takes us into the very center of a living society and a way of life that has compelled the attention and grudging admiration of the world. Spiro recreates the daily life, attitudes, and problems of a fellowship of people who share a powerful set of convictions: that labor is an end in itself, that what is used and produced by the community belongs to the entire community, that children are best brought up collectively.

But there are tensions and conflicts within this “utopia.” It is a society founded on arduous struggles as well as intense visionary power; and a world where each individual wrestles with discrepancies between the ideal and the real. “The world” creeps in to challenge loyalties and to create desires for something different: for a radio, for a greater degree of privacy, for more time alone with the children. Women, aging too soon, fear the loss of their men; both men and women, growing older, lose the strength to work and with it the prestige work brings. Yet, though some of the first founders and later settlers of Kiryat Yedidim have left, not one of their children has done so. A Postscript describes the impact of the Six Day War on life in this kibbutz and surveys the changes and developments that have taken place.