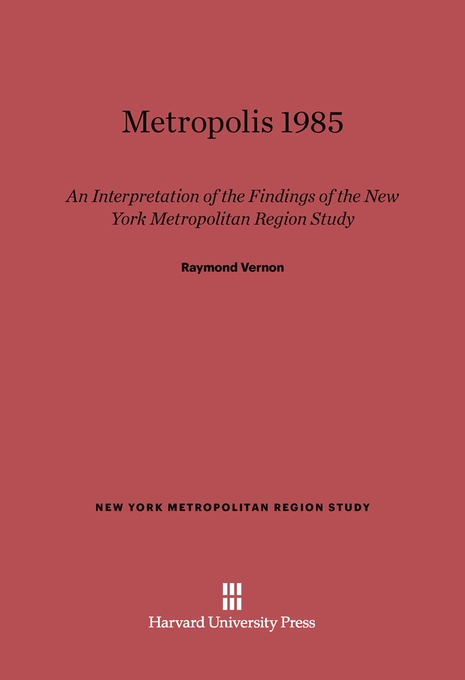 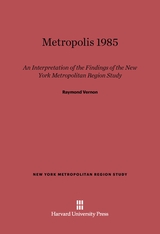 This is the key volume in the New York Metropolitan Region Study. It is a synthesis and interpretation of the seven specialized books that have already been published and the one that is still awaiting publication. Here, at last, with a depth of perspective made possible by the author’s familiarity with the unpublished as well as the published findings of the other participants in the Study, is the whole picture—New York’s busy and varied economy as it is now, as it has been, and as it is likely to be twenty-five years from now.

Beginning with the visible present, Raymond Vernon with swift strokes lays bare the essentials of the economic history of the New York Region. He shows how its industries grew out of one another, the part played by labor, the early crucial role of the port, and the later crucial role of “clustering” that enables firms to share common facilities. He discusses the Region’s advantages and disadvantages for different kinds of business and industry, the interrelation between the jobs in the Region and the people who live in it. He traces the movement of jobs geographically in and out of the Region as a whole, and also outward within the Region, relating this outward movement to such developments as the thinning-out of population in mid-city tenements and the continuing boom in suburban split-levels. He analyzes the problems besetting the multitude of local governments in the Region, and the crisis of commuting and rapid transit services. Finally he projects the metropolis of 1985, picturing it as all the infinitely complex forces of its history to date indicate that it will be, if these forces are not altered in their future operation by governmental actions of unprecedented magnitude.

In this book there is clearly presented the information that can enable the metropolitan dwellers themselves to communicate more effectively with the experts whose business is objective evaluation of urban problems. Once that communication is established, Mr. Vernon says, “We shall have moved a giant step closer to the objective of a more tolerable metropolitan environment.”