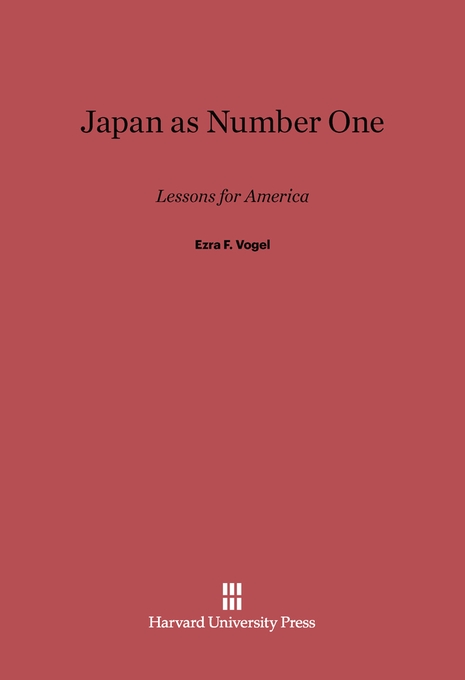 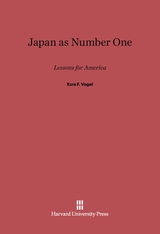 Japan as Number One

At the same time it was developing into the most competitive industrial power, Japan was solving problems that the United States now faces. Isn’t it about time, Ezra Vogel asks in this wide-ranging work, that we learn something from the competitor overtaking us?

Based on the most up-to-date sources, as well as extensive research and direct observation, Japan as Number One analyzes the island nation’s development into the world’s most effective industrial power, not only in terms of economic productivity but also in its ability to govern efficiently, to educate its citizens, to control crime, to alleviate energy shortages, and to lessen pollution. Ezra Vogel employs criteria that America has traditionally used to measure success in his thoughtful demonstration of how and why Japanese institutions have coped far more effectively than their American counterparts.

Vogel is the first scholar-observer to bring together the wide variety of materials that forcefully explain Japan’s successes. He describes how, both late in the nineteenth century and after World War II, Japan determined to overhaul and to modernize its institutions. With careful attention to its history and cultural roots, the nation consciously transformed itself sector by sector—in government, education, business, the military, and law—to catch up with and surpass the West. Japan also placed great value on technical expertise, but placed specialists within a group setting so that cohesiveness was not destroyed by modernization.

Japan as Number One suggests that an understanding of the recent Japanese experience in modifying its institutions and solving its postindustrial problems can assist America in rethinking its own societal difficulties. Vogel avoids simplifications and forced parallels in this comparative study and does not argue that Americans must become like the Japanese. Rather he proposes that we look to and learn from Japan as we once did from Europe.