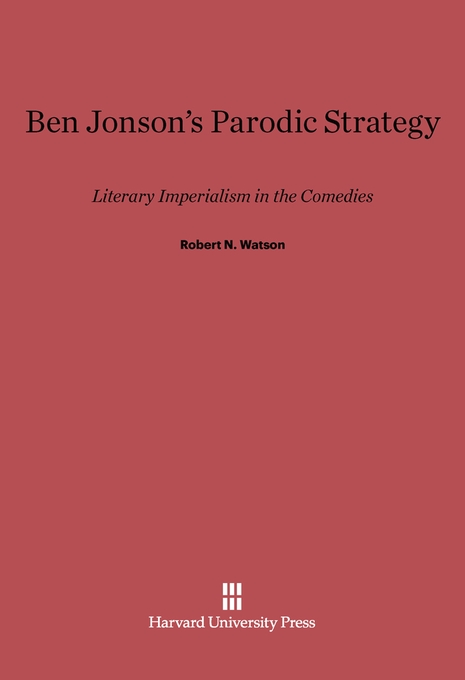 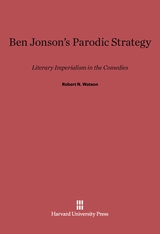 Literary Imperialism in the Comedies

This provocative study provides a radically new perspective on Ben Jonson’s comedies. Robert Watson’s theory of the “parodic strategy” offers a solution to many of the most perplexing cruxes of Jonson criticism. By betraying the expectations of his characters and his audience, Jonson subsumes and chastises his rival playwrights, and seizes territory within the dramatic genre for his special form of satiric city-comedy.

He builds his complex plots out of the wreckage of more conventional works, in a way that allows him to criticize and combat not only his literary competitors, but also the histrionic tendencies of Renaissance English society. This view of Jonson’s notorious borrowings has broad implications for the staging and editing of the comedies, as well as for scholarly criticism. It reveals a Jonson who is more coherent, more consistently funny, and more modernistically aware of the conventions and paradoxes of his medium than has generally been supposed. Watson’s approach allows him to reorient major comedies such as Volpone, The Alchemist, and Bartholomew Fair, and to rehabilitate the later works that have commonly been dismissed as “dotages.” Ben Jonson’s Parodic Strategy thus provides fresh and vivid insights into Jonson’s changing attitudes toward popular culture and toward his own censorious critical persona.