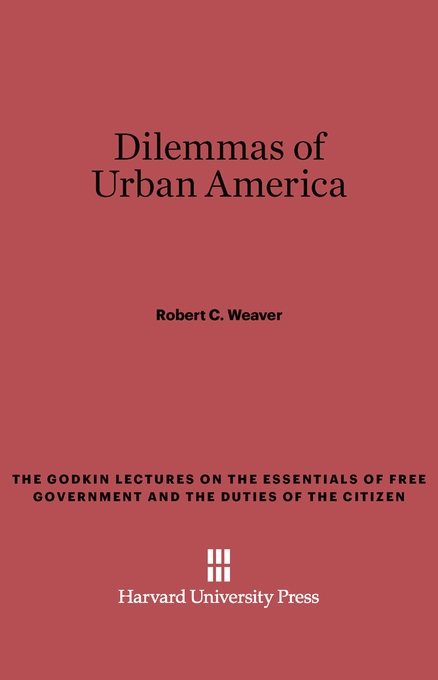 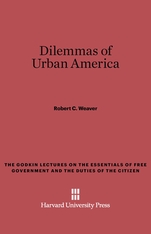 Robert C. Weaver analyzes the problems and prospects of urban living in America in his 1965 Godkin Lectures at Harvard University. An incisive discussion of the defects of suburbs leads to speculation on what the newly created communities of the future will and should be like. He continues with a formulation of the objectives of urban renewal—replying to critics—and, finally, he delves into racial problems in the field of housing. In spite of many seemingly insuperable difficulties, Weaver remains optimistic and is certain that, provided Americans can avoid esoteric controversy about the roles of government versus private enterprise, there is every reason to believe they can develop an urban program that will satisfy both their needs and aspirations.