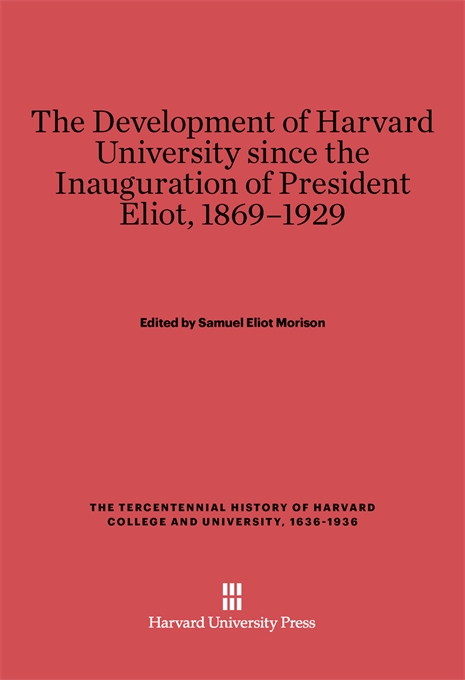 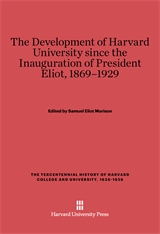 The Development of Harvard University since the Inauguration of President Eliot, 1869–1929

For the observance of the three-hundredth anniversary of its founding, the University prepared a four-volume history of Harvard, the first volume of which is here. It is made up of thirty-nine chapters, each setting forth the history of a single department within the last three or four decades and its present organization. Among the writers of the various articles are George Herbert Palmer, Ralph Barton Perry, Charles Hall Grandgent, Frank W. Taussig, William W. Fenn, Roscoe Pound, and Wallace B. Donham. There are, in addition, chapters on the government and administration of the University, the system of instruction and the general arrangement of finances, the religious life of the University, and the inaugural addresses of Presidents Eliot and Lowell. The book has importance far beyond the circle of Harvard men: its special appeal will naturally be to historians and educators, but even the general reader will find in its pages an unrivalled view of contemporary American intellectual effort, illuminated by the personality of men actively engaged in widening the bounds of human knowledge.