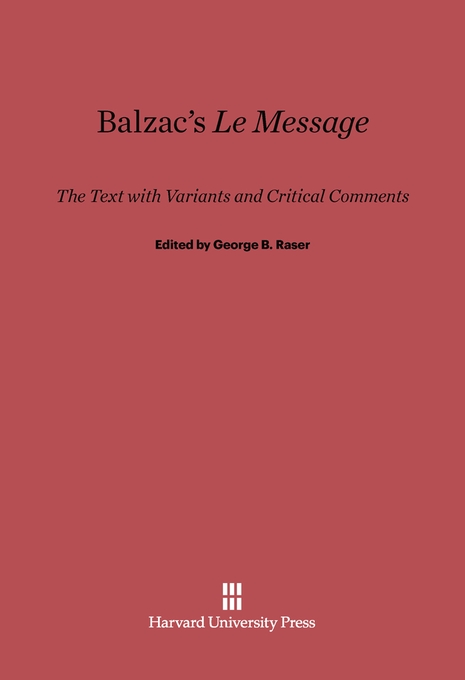 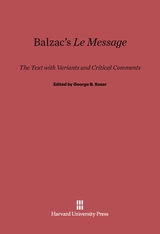 The Text with Variants and Critical Comments

Balzac’s Le Message which has long been considered one of those short works which he dashed off in a moment, actually represents an important stage in his biography, a place where his work mirrors his “etat d’ame.” Coming in 1832, probably the most critical year of his life, it reflects in one way or another both of the principal long-enduring influences affecting him just then. George Raser has cleared up many of the points which it suggests, such as, for example, the probable identity of the "countess" with Mme. De Berny, about whom we still lack a great deal of information. Incidentally this first edition of all the principal variants offers a good example for the study of Balzac’s art of story-telling. The volume will be of interest to every student of Balzac as well as of literary technique.