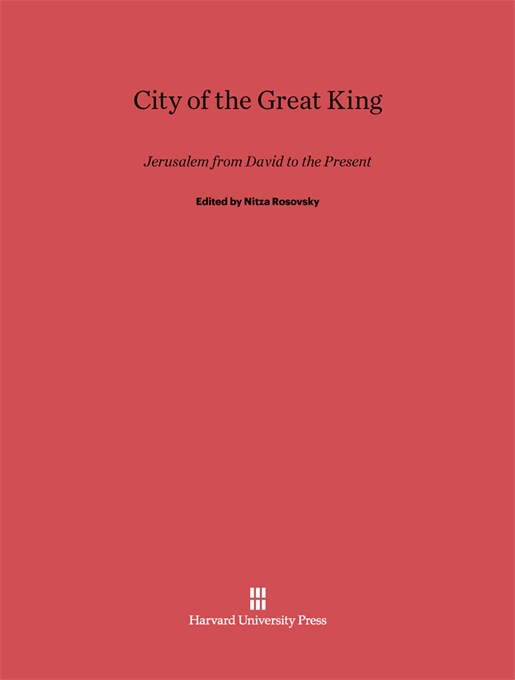 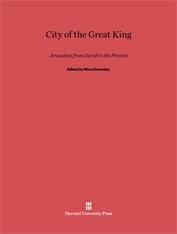 City of the Great King

Jerusalem from David to the Present

With majestic sweep and sparkling detail, this magnificent volume brings to life the great and ancient drama of the world’s holiest city on the eve of a new millennium. Some three thousand years ago King David captured Jerusalem from the Jebusites and made the city his capital. There Solomon built the Temple and the Jewish people found their spiritual center. From its glory under the House of David to its emergence a thousand years later as the birthplace of Christianity, from its destruction by the Romans to its conquest by the forces of Islam and its Crusader and Ottoman periods, Jerusalem has been endlessly revered and warred over, passionately celebrated and desecrated. Mining the rich evidence of this remarkable history, the world-renowned authors gathered here conjure the Holy City as it has appeared in antique Hebrew texts; in the testimony of Jewish and Christian pilgrims and in art; in medieval Islamic literature and in western nineteenth-century accounts; in maps and mosaics and architecture through the ages.

Here is Jerusalem in its physical splendor, the sun rising over the Mount of Olives to touch the golden crown of the Dome of the Rock and warm the crenelated walls of the Old City, with its foundations from the days of the Hasmoneans and Herod the Great, its seven gates and Jewish, Christian, Armenian, and Muslim quarters marked out by the Roman decumanus and the Byzantine cardo. Above the Ramban Synagogue, established by Nachmanides in 1267, looms the minaret of the fifteenth-century Sidi Umar Mosque. Nearby are the foundations and apses of the Crusader Church of St. Mary of the German Knights, which in turn abuts the underground Herodian Quarter, with its fresco-covered walls, mosaic floors, and opulent baths. Remnants of the Nea Church erected by Justinian in 543 and of the Ayyubid tower from the thirteenth century stand within the Garden of Redemption, a memorial to the six million Jews exterminated by the Nazis.

Amid these marvels of geography and architecture, the authors evoke Jerusalem’s spiritual history, the events and legends that have made the city the touching point between the divine and the earthly for Jews, Christians, and Muslims alike. They trace Jerusalem’s fortunes as the City of David, as the site of the Crucifixion and Resurrection of Jesus, as the “Furthest Shrine” from which the Prophet Mohammed ascended to heaven. Writing from an enlightening variety of backgrounds and perspectives, the authors share a depth of feeling for their subject that imparts a warmth and immediacy to their depiction of the city in all its historic grandeur and religious complexity. An Armenian Jerusalemite once wrote that in the Holy City each person carries a mirror, but each holds it in only one direction. This book brings all these reflections together to create a living picture of Jerusalem not only in history but also in the hearts of those who call it home and those who revere it as a Holy City.