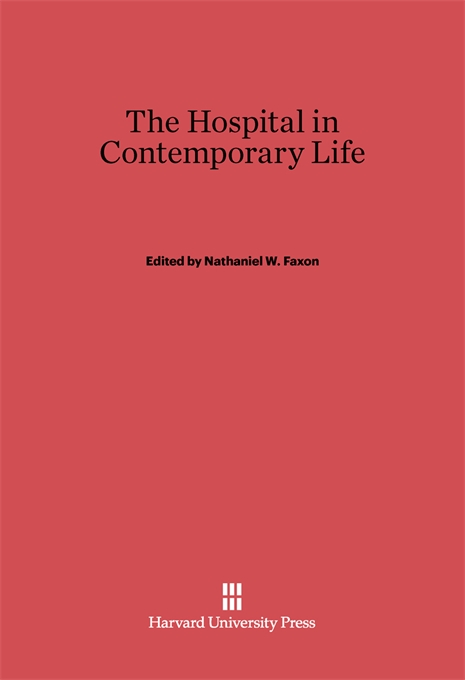 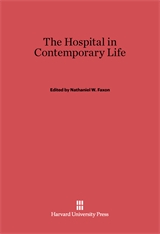 The Hospital in Contemporary Life

Since one out of ten persons in the United States is admitted annually to a hospital, the chances of your being a hospital patient within the next ten years are—statistically at least—very good. This discussion by eight noted authorities of the place of the hospital in society should be of great interest to everyone—whether he be patient, doctor, hospital administrator, or public welfare worker.

For the facts revealed by this study are disturbing: a forty percent increase in hospital facilities is needed to provide the minimum care required by the communities of the United States; and yet many existing hospitals are forced to operate with hundreds of beds empty because of lack of trained personnel. Or consider the hospital just as a “business”—it is the fifth largest in the country, yet the average person spends on hospital care about a twentieth of what he spends for liquor and tobacco!

This book is, however, neither a statistical summary nor a piece of special pleading. It is, rather, a straightforward and thought-provoking discussion of the relationship of the individual to the hospital, and of the hospital to society. It traces the history of the hospital from its beginnings to the emergence of city, state, and federal hospitals, and the growing tendency for governmental authority to supersede private agencies. It warns against the dangers of complete government control. It considers the entire field of medicine from a social standpoint; the attitude of the doctor toward his patient; the newer theories of the relief of pain, as developed by psychosomatic medicine; the place of psychiatry in general practice; the obligation of both doctors and hospitals towards research; the proper education and training of the young doctor.