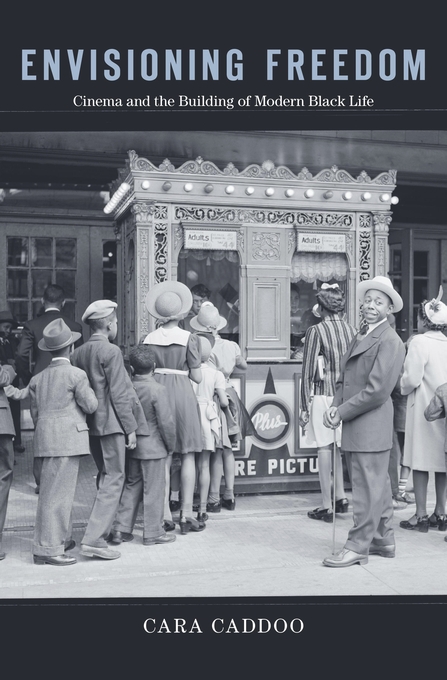 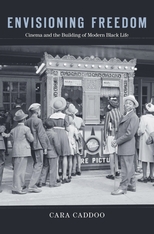 Cinema and the Building of Modern Black Life

“Excellent… A scholarly work, it’s both readable and revelatory.”—Thomas Gladysz, The Huffington Post

“According to Cara Caddoo’s lively, readable, richly detailed new history of African-American film cultures at the turn of the 20th century, the cinema was a central motor force for the formation of racial identity and community in the era of Jim Crow. Envisioning Freedom, which packs a tremendous amount of fascinating incident into a relatively short page count, introduces us to black church leaders in the Midwest who invested heavily in film technology as a tool for their ministries, embattled black theater owners in the segregated South, and the pioneers of African-American independent cinema at home and abroad. And Caddoo’s account of the mass protest movement that arose against D.W. Griffith’s racist epic The Birth of a Nation provides a moving case study in the age of Ferguson and the New Jim Crow.”—Phillip Maciak, Slate

“In this brilliant, pathbreaking work, Caddoo reveals how moving pictures transformed black modern sensibility and how rural migrants envisioned new meanings of freedom. Richly detailed and filled with stunningly original insights, this bold and ambitious book sets a new standard for studies of black migration, urban history, and cinema.”—Thavolia Glymph, author of Out of the House of Bondage

“This is a big, bold book and an easy, seductive read. Caddoo, a talented historian, traces the lost plotlines of mass culture, political struggle, and public space in the age of Jim Crow, plotlines that have been buried for too long beneath more familiar legal dramas and movement histories.”—Matthew Pratt Guterl, author of Josephine Baker and the Rainbow Tribe