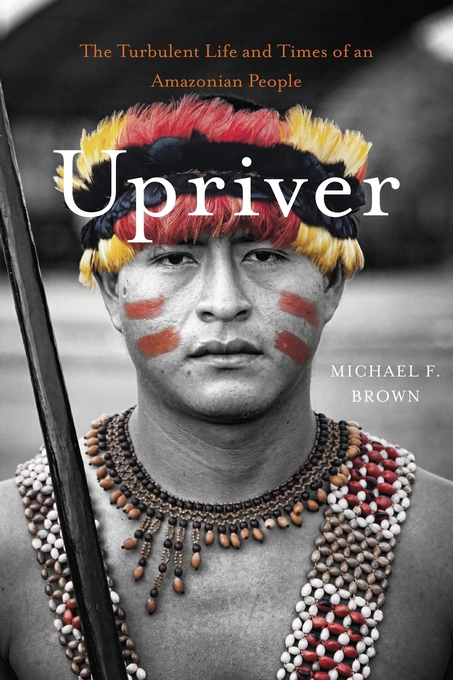 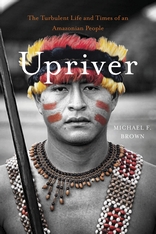 The Turbulent Life and Times of an Amazonian People

“Brown writes elegantly… This is…a powerful, moving and entertaining book about one of the most interesting indigenous peoples in South America.”—John Hemming, The Times Literary Supplement

“Upriver is one of the best books I have read on Amazonian peoples in a long while. Brown is even-handed and insightful, and he writes with flair and clarity. He takes an unflinching, clear-eyed look at tribal life and at the Awajún’s difficult encounters with the outsiders with whom they have had varying degrees of contact with for almost 500 years… His experiences, descriptions and understandings will resonate with all who have had the privilege of living among a tribal society. And for those who have never enjoyed this experience, Upriver will make you wish you had. But perhaps the book’s most important lesson is its portrayal of human diversity as crucial for the understanding of our species.”—Daniel Everett, New Scientist

“A model of nuance and humility. [Brown] describes vividly the encroachments of modernity on the lives of the Awajúns, and their attempts to resist and survive as the Amazon is carved up for natural-resource extraction. But Brown is scrupulously unsentimental and resists the political pieties typical of Latin American ethnography, which so often treats indigenous people as victims or heroes. The result is a book with the fullness and texture of real human life; it is a masterpiece of social science.”—Graeme Wood, Pacific Standard

“Upriver: The Turbulent Life And Times of an Amazonian People is not only a revealing portrait of a people corning to terms with the modern world, but also of the changing face of anthropology itself.”—Wanderlust

“In a well-written, detailed text, anthropologist Brown presents an eloquent book full of reflections based on his 1976–2012 fieldwork with an Amazonian society, the Awajún, previously known as the Aguaruna or Jibaro. This indigenous society living in the Upper Amazon of Northern Peru has often been highly misunderstood and has erroneously been described as a vanishing society and portrayed in a very simplistic way as primarily a murdering culture. Brown presents a detailed story filled with many personal events combined with rich ethnographic and cultural information and a witty perspective that easily engages readers… This quite thoughtful work provides a deep understanding of who the Awajún really are, as well as their current situation in the modern world.”—M. Lizarralde, Choice

“In this personal, bifurcated narrative, Brown portrays the proud, combative Awajún as deeply defined by their struggle to remain autonomous against the ‘meddling’ forces of a larger, modern culture. According to the author, their streak of aggression is unusual among Amazonian peoples; in a then-and-now juxtaposition, he closely observes the effects of their bellicosity in meeting contemporary challenges such as land and water rights… An unusual study, elucidating of a people and braced by both self-doubt and honesty.”—Kirkus Reviews

“Upriver is not only a sensitive portrait of a remarkable Amazonian people struggling to defend their land and distinctive lifestyle, it is also a candid account by a gifted writer of what ‘fieldwork’ is about. Brown’s vibrant tribute to the craft of anthropology reveals a method of knowledge capable of bringing enlightenment, and perhaps even hope, in troubled times.”—Philippe Descola, author of Beyond Nature and Culture

“Upriver explores Awajún ways of being indigenously ‘off-modern’ with excruciating honesty about how the uncertainties of fieldwork challenge interpretation. Brown is one of the clearest writers and thinkers in anthropology today. This book is a pleasure to read.”—Beth A. Conklin, author of Consuming Grief: Compassionate Cannibalism in an Amazonian Society