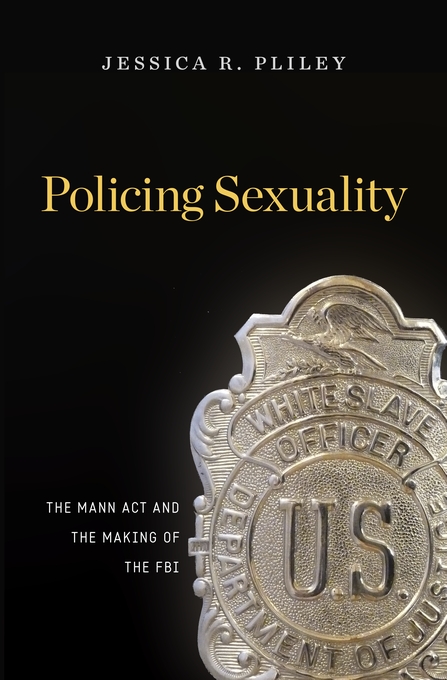 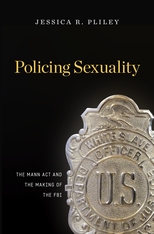 The Mann Act and the Making of the FBI

America’s first anti–sex trafficking law, the 1910 Mann Act, made it illegal to transport women over state lines for prostitution “or any other immoral purpose.” It was meant to protect women and girls from being seduced or sold into sexual slavery. But, as Jessica Pliley illustrates, its enforcement resulted more often in the policing of women’s sexual behavior, reflecting conservative attitudes toward women’s roles at home and their movements in public. By citing its mandate to halt illicit sexuality, the fledgling Bureau of Investigation gained entry not only into brothels but also into private bedrooms and justified its own expansion.

Policing Sexuality links the crusade against sex trafficking to the rapid growth of the Bureau from a few dozen agents at the time of the Mann Act into a formidable law enforcement organization that cooperated with state and municipal authorities across the nation. In pursuit of offenders, the Bureau often intervened in domestic squabbles on behalf of men intent on monitoring their wives and daughters. Working prostitutes were imprisoned at dramatically increased rates, while their male clients were seldom prosecuted.

In upholding the Mann Act, the FBI reinforced sexually conservative views of the chaste woman and the respectable husband and father. It built its national power and prestige by expanding its legal authority to police Americans’ sexuality and by marginalizing the very women it was charged to protect.