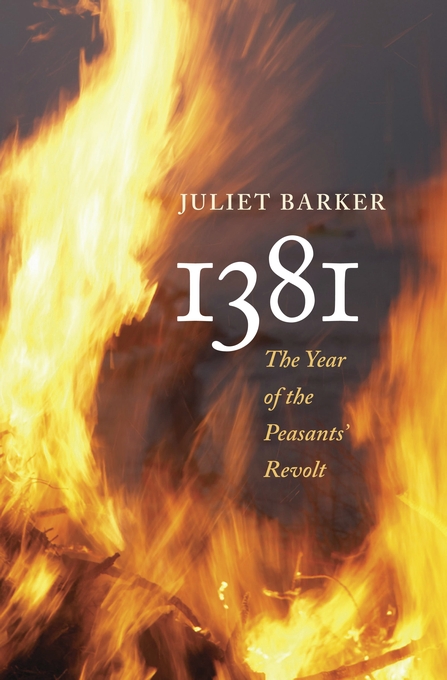 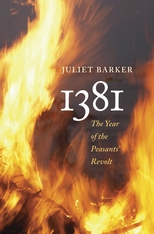 The Year of the Peasants’ Revolt

Written with the fluency readers have come to expect from Juliet Barker, 1381: The Year of the Peasants’ Revolt provides an account of the first great popular uprising in England and its background, and paints on a broad canvas a picture of English life in medieval times. Skeptical of contemporary chroniclers’ accounts of events, Barker draws on the judicial sources of the indictments and court proceedings that followed the rebellion. This emphasis offers a fresh perspective on the so-called Peasants’ Revolt and gives depth and texture to the historical narrative. Among the book’s arguments are that the rebels believed they were the loyal subjects of the king acting in his interests, and that the boy-king Richard II sympathized with their grievances.

Barker tells how and why a diverse and unlikely group of ordinary men and women from every corner of England—from servants and laborers living off wages, through the village elite who served as bailiffs, constables, and stewards, to the ranks of the gentry—united in armed rebellion against church and state to demand a radical political agenda. Had it been implemented, this agenda would have transformed English society and anticipated the French Revolution by four hundred years. 1381: The Year of the Peasants’ Revolt is an important reassessment of the uprising and a fascinating, original study of medieval life in England’s towns and countryside.