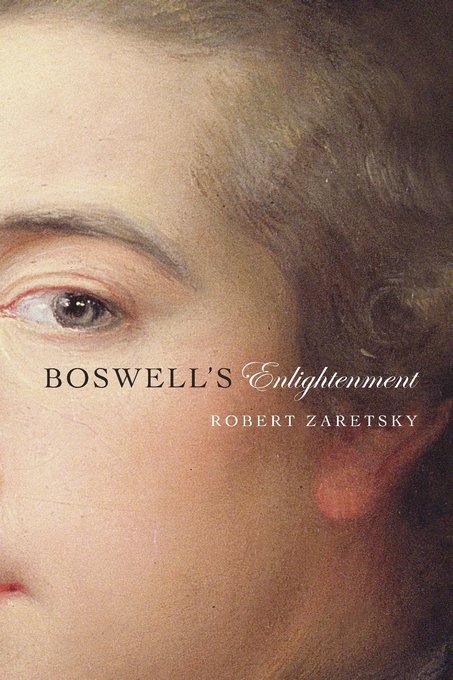 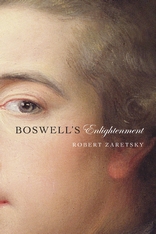 Throughout his life, James Boswell struggled to fashion a clear account of himself, but try as he might, he could not reconcile the truths of his era with those of his religious upbringing. Boswell’s Enlightenment examines the conflicting credos of reason and faith, progress and tradition that pulled Boswell, like so many eighteenth-century Europeans, in opposing directions. In the end, the life of the man best known for writing Samuel Johnson’s biography was something of a patchwork affair. As Johnson himself understood: “That creature was its own tormentor, and I believe its name was BOSWELL.”

Few periods in Boswell’s life better crystallize this internal turmoil than 1763–1765, the years of his Grand Tour and the focus of Robert Zaretsky’s thrilling intellectual adventure. From the moment Boswell sailed for Holland from the port of Harwich, leaving behind on the beach his newly made friend Dr. Johnson, to his return to Dover from Calais a year and a half later, the young Scot was intent on not just touring historic and religious sites but also canvassing the views of the greatest thinkers of the age. In his relentless quizzing of Voltaire and Rousseau, Hume and Johnson, Paoli and Wilkes on topics concerning faith, the soul, and death, he was not merely a celebrity-seeker but—for want of a better term—a truth-seeker. Zaretsky reveals a life more complex and compelling than suggested by the label “Johnson’s biographer,” and one that 250 years later registers our own variations of mind.