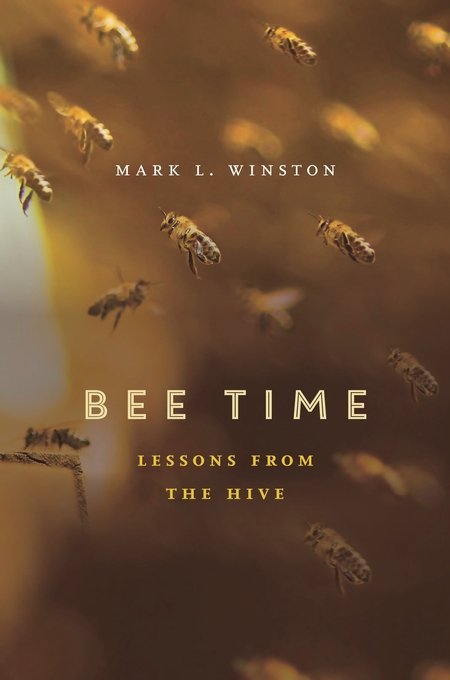 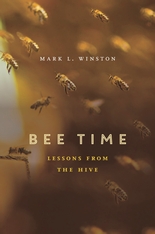 Lessons from the Hive

“Mark Winston has spent 30 years studying and working with bees. His book is a passionate celebration of bees, apiaries and honey, as well as a calmly reasoned critique of industrialized farming and a plea to halt the dramatic decline in bee numbers… A wonderfully rich insight into the imperiled world of the bee.”—P. D. Smith, The Guardian

“In this personal and scientific journey into the history we share with bees, [Winston] ranges over neonicotinoid pesticides and colony collapse, the control of African ‘killer’ bees and more. The charismatic social insects emerge as both icons of societal cohesion and symbols of nature’s paradoxically mingled power and fragility.”—Barbara Kiser, Nature

“[Winston] writes lovingly of the rhythms and quiddities of the apiary… In a highly personal style, Winston steps between reportage, scientific exactitude and a deep, poetically expressed love of bees, beekeeping and the cultural forms that bees inspire. People and bees have been working together for millennia—synergy that Winston, sensitized by his work as a communications specialist, clearly feels brings out the best and the worst in humanity. His take on the situation makes Bee Time an insightful delight.”—Adrian Barnett, New Scientist

“Winston wants to acquaint his readers with the fascinating complexity of the bee world, and he also wants to alert readers to the fact that the bee world is drastically endangered. He brings to this hybrid task a very smooth ability to simplify the complex bee-literature he’s obviously mastered, providing engaging glimpses into the world of the hive—and usually presenting them in parallel context of the human world… Considering the enormous ripple-effects that would happen in the wake of the disappearance of these key pollinators, Winston’s wake-up call takes on an urgency that’s belied by its friendly, approachable tone. That clarion call makes Bee Time an important book, even if you by chance suffer from a touch of apiphobia.”—Steve Donoghue, Open Letters Monthly

“[Winston] presents a stark picture of how much we expect from, and rely on, bees.”—Kristin Treen, Literary Review

“Thoughtful and eloquent… Winston is an inspired cross-pollinator, who uses the ‘full-body experience’ of being with bees to draw lessons for human hives.”—Sarah Murdoch, The Toronto Star

“Like the beekeeper he is, paying careful attention to what’s going on in his colonies, Winston has done a fine job with this book. Bee Time is beautifully written and rich in the detail, evoking emotions without being overly maudlin.”—Jeff Lee, The Vancouver Sun

“A recap of what’s been going on in beekeeping over the past 10 years or so… Winston has left no hive unturned in this work, documenting all the good, and the bad that has occurred… There are indeed lessons to learn from a bee hive. This work will share some of them with you.”—Kim Flottum, Bee Culture

“Bee Time is a unique book: in turn a touching memoir, a warm paean to the honey bees that have fueled Winston’s impressive scientific career, and an insightful analysis of some of the serious environmental problems facing us today.”—Gene E. Robinson, University of Illinois at Urbana-Champaign

“No other book celebrates the long relationship between humans and honeybees as powerfully, thoughtfully, and enchantingly as this one. Written in lyrical prose, Bee Time is a delightful and inspiring read.”—Thomas D. Seeley, author of Honeybee Democracy