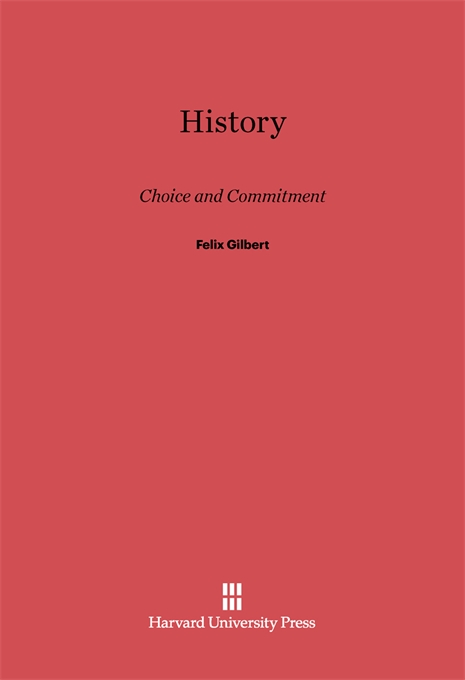 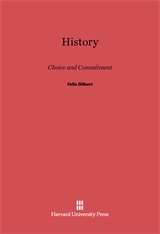 For several generations of young historians Felix Gilbert has been the preeminent scholar of premodern and modern Europe. He has written about the Renaissance, the art of diplomacy, the craft of history, and historical and political thought in ways that make history a humane discipline that places morals at the foundation of civilization.

All of Gilbert’s major works are infused with the idea that at every stage of endeavor man must make a choice and a commitment—that history is the story of the individual who acts and whose actions count. In this first collection of his essays, this theme is brilliantly elucidated, while, at the same time, Gilbert’s more important findings and trenchant reflections are presented.

Gilbert is a master of the essay form, and these studies are among his best works. Some have never been published, a few have been translated from German; all are included here because of their pathmarking nature and remarkable clarity. The book contains essays on Droysen, Hintze, and Meinecke, historians who influenced Gilbert’s formative years. There are his Italian studies—of Machiavelli, Venice, Florence, and personages like Guicciardini and Contarini—and his writings on diplomacy in the sixteenth century in Italy, in the eighteenth century in the United States, and in Fascist Italy demonstrate the keen contrasts between the old and new. The book concludes with a group of essays in which Gilbert reflects on the historian’s craft and the problems of history.

This book gives abundant evidence of the vitality of history and its utility for men of affairs who are often skeptical of history’s value. It will be essential reading for those who want to know how a foremost historian tackles large problems and reaches conclusions based on reason and evidence.