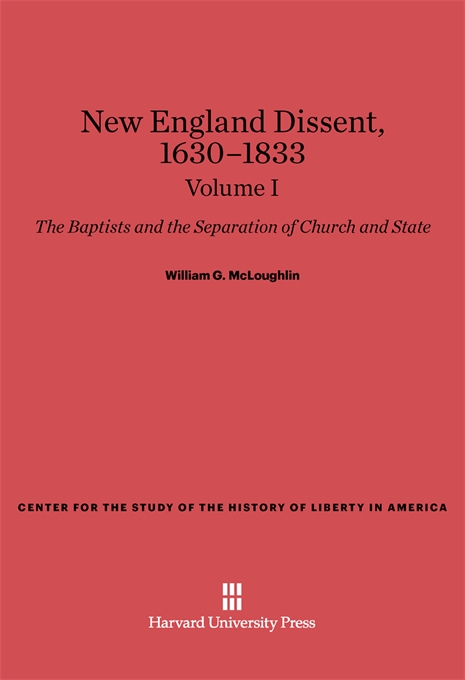 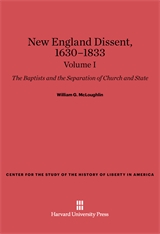 New England Dissent, 1630–1833: The Baptists and the Separation of Church and State, Volume I

The tradition of dissent among American Baptists, Quakers, Separatists, and other pietistic dissenters against the Congregational ecclesiastical establishment in New England provided a very different approach to the unique American principle of separation of church and state from that associated with the better-known tradition of Jefferson and Madison in Virginia. Slowly but surely, however, these New England dissenters operating within the changing climate of the eighteenth-century Enlightenment and the American Revolutionary tradition developed sufficient political presence to persuade the Congregational majority that liberty of conscience required a system of completely voluntary support for religious worship. By tracing shifting theological, social, political, and intellectual patterns in the New England colonies and states for these two centuries and their very different ways of achieving religious disestablishment, the author provides an example of the complex ways in which the principle of religious liberty evolved and was applied.