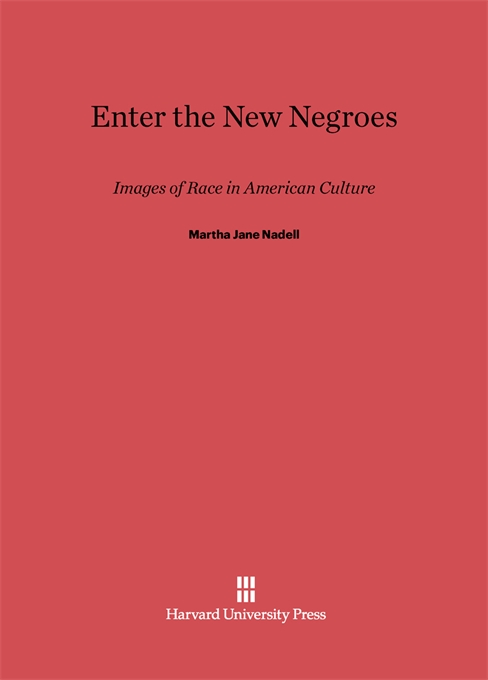 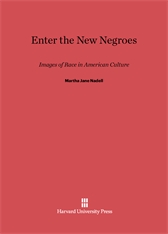 Images of Race in American Culture

With the appearance of the urban, modern, diverse “New Negro” in the Harlem Renaissance, writers and critics began a vibrant debate on the nature of African-American identity, community, and history. Martha Jane Nadell offers an illuminating new perspective on the period and the decades immediately following it in a fascinating exploration of the neglected role played by visual images of race in that debate.

After tracing the literary and visual images of nineteenth-century “Old Negro” stereotypes, Nadell focuses on works from the 1920s through the 1940s that showcased important visual elements. Alain Locke and Wallace Thurman published magazines and anthologies that embraced modernist images. Zora Neale Hurston’s Mules and Men, with illustrations by Mexican caricaturist Miguel Covarrubias, meditated on the nature of black Southern folk culture. In the “folk history” Twelve Million Black Voices, Richard Wright matched prose to Farm Security Administration photographs. And in the 1948 Langston Hughes poetry collection One Way Ticket, Jacob Lawrence produced a series of drawings engaging with Hughes’s themes of lynching, race relations, and black culture. These collaborations addressed questions at the heart of the movement and in the era that followed it: Who exactly were the New Negroes? How could they attack past stereotypes? How should images convey their sense of newness, possibility, and individuality? In what directions should African-American arts and letters move?

Featuring many compelling contemporary illustrations, Enter the New Negroes restores a critical visual aspect to African-American culture as it evokes the passion of a community determined to shape its own identity and image.