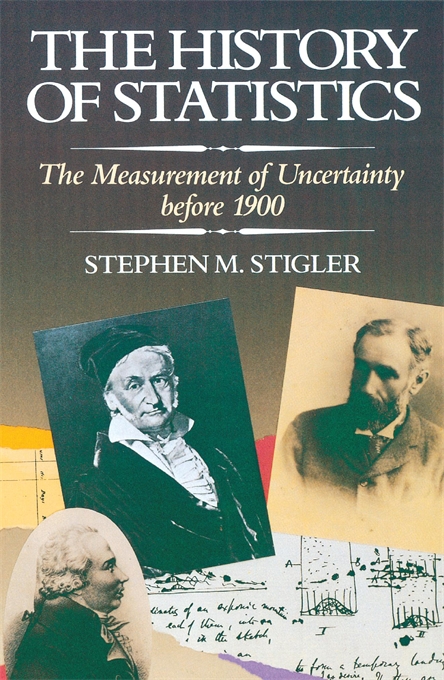 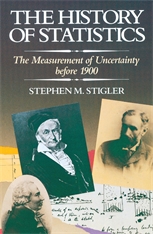 The History of Statistics

The Measurement of Uncertainty before 1900

This magnificent book is the first comprehensive history of statistics from its beginnings around 1700 to its emergence as a distinct and mature discipline around 1900. Stephen M. Stigler shows how statistics arose from the interplay of mathematical concepts and the needs of several applied sciences including astronomy, geodesy, experimental psychology, genetics, and sociology. He addresses many intriguing questions: How did scientists learn to combine measurements made under different conditions? And how were they led to use probability theory to measure the accuracy of the result? Why were statistical methods used successfully in astronomy long before they began to play a significant role in the social sciences? How could the introduction of least squares predate the discovery of regression by more than eighty years? On what grounds can the major works of men such as Bernoulli, De Moivre, Bayes, Quetelet, and Lexis be considered partial failures, while those of Laplace, Galton, Edgeworth, Pearson, and Yule are counted as successes? How did Galton’s probability machine (the quincunx) provide him with the key to the major advance of the last half of the nineteenth century?

Stigler’s emphasis is upon how, when, and where the methods of probability theory were developed for measuring uncertainty in experimental and observational science, for reducing uncertainty, and as a conceptual framework for quantitative studies in the social sciences. He describes with care the scientific context in which the different methods evolved and identifies the problems (conceptual or mathematical) that retarded the growth of mathematical statistics and the conceptual developments that permitted major breakthroughs.

Statisticians, historians of science, and social and behavioral scientists will gain from this book a deeper understanding of the use of statistical methods and a better grasp of the promise and limitations of such techniques. The product of ten years of research, The History of Statistics will appeal to all who are interested in the humanistic study of science.