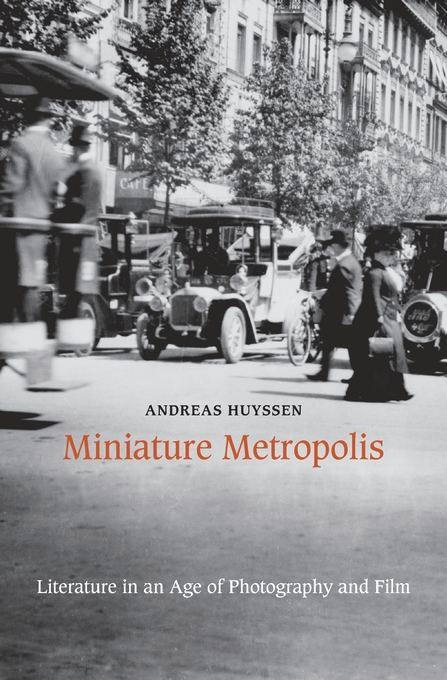 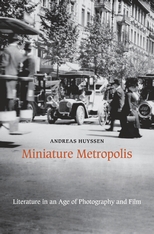 Literature in an Age of Photography and Film

In the late nineteenth and early twentieth centuries, Europe’s modernizing metropolises offered a sensory experience unlike anything that had come before. Cities became laboratories bubbling with aesthetic experimentation in old and new media, and from this milieu emerged metropolitan miniatures—short prose pieces about the experiences of urban life written for European newspapers. Miniature Metropolis explores the history and theory of this significant but misrecognized achievement of literary modernism.

Andreas Huyssen shows how writers from Baudelaire and Kafka to Benjamin, Musil, and Adorno created the miniature to record their reflections of Paris, Brussels, Prague, Vienna, Berlin, and Los Angeles. Contesting photography and film as competing media, the metropolitan miniature sought to capture the visceral feeling of acceleration and compression that defined urban existence. But the form did not merely imitate visual media—it absorbed them, condensing objective and subjective perceptions into the very structure of language and text and asserting the aesthetic specificity of literary language without resort to visual illustration. Huyssen argues that the miniature subverted the expectations of transparency, easy understanding, and entertainment that mass circulation newspapers depended upon. His fine-grained readings open broad vistas into German critical theory and the history of visual arts, revealing the metropolitan miniature to be one of the few genuinely innovative modes of spatialized writing created by modernism.