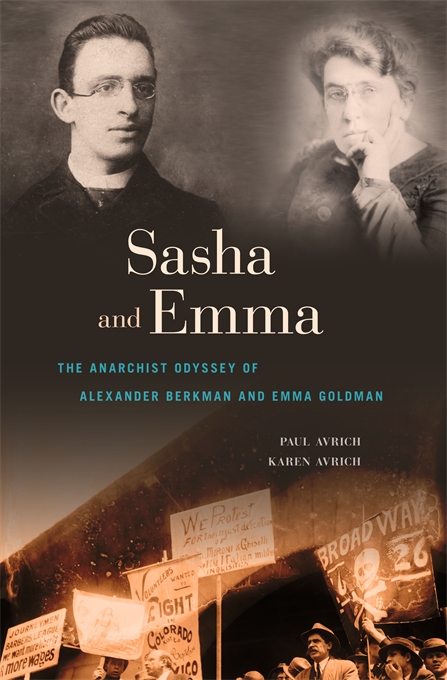 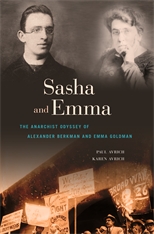 The Anarchist Odyssey of Alexander Berkman and Emma Goldman

Watch Karen Avrich talk with MSNBC’s Andrea Mitchell about the process of completing Sasha and Emma using her father’s notes:

In 1889 two Russian immigrants, Emma Goldman and Alexander Berkman, met in a coffee shop on the Lower East Side. Over the next fifty years Emma and Sasha would be fast friends, fleeting lovers, and loyal comrades. This dual biography offers an unprecedented glimpse into their intertwined lives, the lasting influence of the anarchist movement they shaped, and their unyielding commitment to equality and justice.

Berkman shocked the country in 1892 with “the first terrorist act in America,” the failed assassination of the industrialist Henry Clay Frick for his crimes against workers. Passionate and pitiless, gloomy yet gentle, Berkman remained Goldman’s closest confidant though the two were often separated—by his fourteen-year imprisonment and by Emma’s growing fame as the champion of a multitude of causes, from sexual liberation to freedom of speech. The blazing sun to Sasha’s morose moon, Emma became known as “the most dangerous woman in America.” Through an attempted prison breakout, multiple bombing plots, and a dramatic deportation from America, these two unrelenting activists insisted on the improbable ideal of a socially just, self-governing utopia, a vision that has shaped movements across the past century, most recently Occupy Wall Street.

Sasha and Emma is the culminating work of acclaimed historian of anarchism Paul Avrich. Before his death, Avrich asked his daughter to complete his magnum opus. The resulting collaboration, epic in scope, intimate in detail, examines the possibilities and perils of political faith and protest, through a pair who both terrified and dazzled the world.