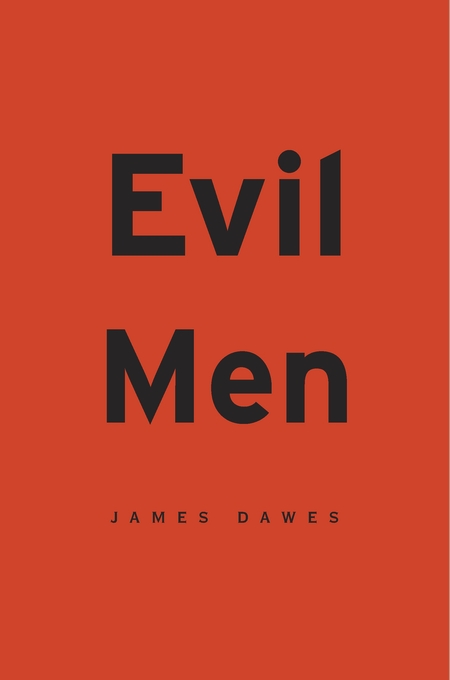 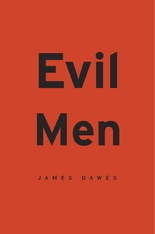 “James Dawes’s commendable new book, Evil Men, reflects, carefully and nervously, on the subject of human cruelty… For anyone interested in the bloody horizons of the human condition, it makes for essential reading.”—Christopher Byrd, The Washington Post

“Dawes juxtaposes the soldiers’ stories with a discussion of our own approach to contemporary war crimes, and although he doesn’t draw them explicitly, unsettling parallels emerge… As Evil Men eloquently attests, describing atrocities does not make them any more comprehensible. Nor, in trying to understand them, do we make them any more forgivable.”—Andrew Stark, The Times Literary Supplement

“Dawes approaches the topic in impressive turns as social scientist, psychoanalyst, philosopher, and human rights activist. His process of digging into the subject matter is intensely deliberate, always maintaining an assiduously respectful distance and an unwavering eye on the delicacy inherent in a public discussion about and with the perpetrators of heinous violence… The interviews accost us with their simple horror, and they make Evil Men a difficult book to read. One wants to quickly dash away stark images of children shot or women raped… Dawes has led us down the path of ethical inquiry, but after events like the marathon bombings, experience reminds us how difficult it is to talk about such horror in a way that conveys the full weight of our feelings. Language always falls short. There will never be comprehension; only a noble try.”—Geoffrey Young, Brooklyn Rail

“In reading this text, in experiencing these stories, in reveling in these histories as we work our way into the center of them and then attempt to find our way back, our own hands are bloodied too.”—Legacy Russell, Guernica

“Ranging across philosophy, literature and social science, Evil Men deploys a variety of sources—Augustine’s account of evil as the privation of good; Thomas Hardy’s poetry on the ‘Vast Imbecility’ that seems to inhere in the nature of things; and sociological studies of police torturers, among others—to produce a careful and sensitive exploration of some of the many different questions, not all answerable, that are posed by the ‘problem of evil.’”—John Gray, Literary Review

“Evil Men explores the causes and effects of human wickedness. At its heart is a series of interviews that James Dawes conducted with a group of Japanese war criminals who fought in the Sino–Japanese War of 1937–45… While he attempts to understand people for whom bayonetting civilians was something between an initiation rite and a training exercise, he also fears that understanding will trivialize what happened… It is because Dawes finds no ethical resting place that his relentlessly honest book is a moral act of the highest order. Required reading.”—Raymond Tallis, Prospect

“Evil Men is painful to read. Horror and terror are etched into every page. Atrocities are reflected upon—sometimes calmly; other times with cold fury. The book’s author, James Dawes, forces us to think carefully about the ethics of telling stories—true ones—about acts of staggering cruelty. Disturbingly, it is a book about friendship, too. When we are brought face to face with men who raped, tortured and murdered men, women and children, where should we look? Straight into their eyes, he advises… A complex, albeit totally absorbing and brilliant book.”—Joanna Bourke, Times Higher Education [2013]

“A brilliant analysis based on interviews with Japanese war criminals who committed atrocities in the Sino–Japanese War of 1937–45.”—Times Higher Education [2018]

“This extraordinary book is by turns horrifying, enraging, and disturbing. Dawes both brings us into the thought world of criminals against humanity and simultaneously reminds us of the impossibility of entering anyone’s mind with any kind of confidence. Evil Men grapples with the impossible challenge of making meaning of what it sees; but most important, Dawes’s gaze never wavers.”—Noah R. Feldman, Harvard Law School

“Evil Men lies well outside the boundaries of established academic discourse, and the form of the book is extraordinary in many ways. James Dawes not only probes the depths of the human capacity for atrocity, but also explores in an altogether original and nearly unrepeatable way the human capacity for sympathy or empathy with those whose acts have placed them beyond the pale of civilized society.”—Geoffrey Harpham, National Humanities Center

“James Dawes writes a deep, broad meditation on violence from Arendt to Zimbardo, from atrocity to forgiveness, the paradoxes of representation and the tears of war, sincere and otherwise. These Japanese men tell disturbing stories that will not let one go. While capturing their motives with a social scientist’s eye for causality, Dawes draws out the violent particulars with a novelist’s eye for personal meaning, self-care, and philosophical significance. This is a rare achievement. There are less than one hundred and fifty cases where torturers speak fully in their own words, and none that are written with such literary self-consciousness.”—Darius Rejali, author of Torture and Democracy