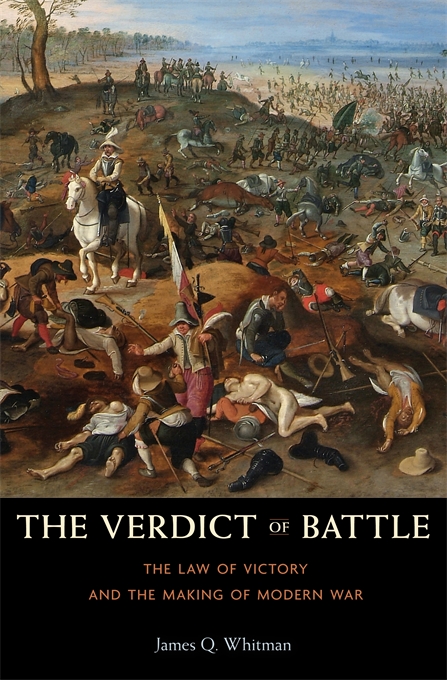 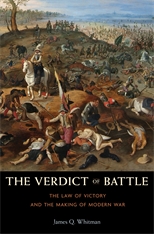 The Verdict of Battle

The Law of Victory and the Making of Modern War

Today, war is considered a last resort for resolving disagreements. But a day of staged slaughter on the battlefield was once seen as a legitimate means of settling political disputes. James Whitman argues that pitched battle was essentially a trial with a lawful verdict. And when this contained form of battle ceased to exist, the law of victory gave way to the rule of unbridled force. The Verdict of Battle explains why the ritualized violence of the past was more effective than modern warfare in bringing carnage to an end, and why humanitarian laws that cling to a notion of war as evil have led to longer, more barbaric conflicts.

Belief that sovereigns could, by rights, wage war for profit made the eighteenth century battle’s golden age. A pitched battle was understood as a kind of legal proceeding in which both sides agreed to be bound by the result. To the victor went the spoils, including the fate of kingdoms. But with the nineteenth-century decline of monarchical legitimacy and the rise of republican sentiment, the public no longer accepted the verdict of pitched battles. Ideology rather than politics became war’s just cause. And because modern humanitarian law provided no means for declaring a victor or dispensing spoils at the end of battle, the violence of war dragged on.

The most dangerous wars, Whitman asserts in this iconoclastic tour de force, are the lawless wars we wage today to remake the world in the name of higher moral imperatives.