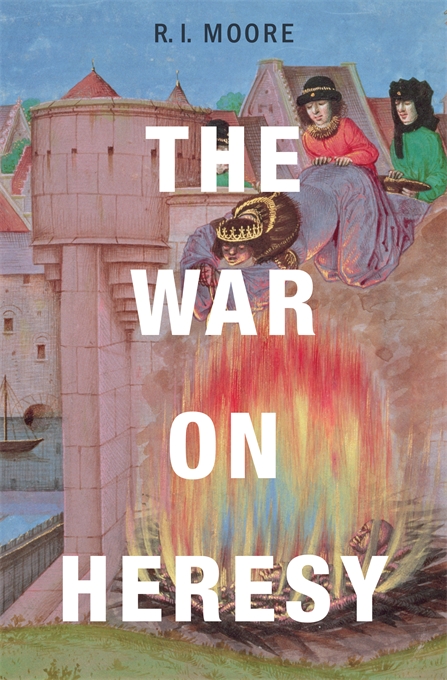 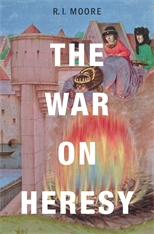 The War on Heresy

Between 1000 and 1250, the Catholic Church confronted the threat of heresy with increasing force. Some of the most portentous events in medieval history—the Cathar crusade, the persecution and mass burnings of heretics, the papal inquisition established to identify and suppress beliefs that departed from the true religion—date from this period. Fear of heresy molded European society for the rest of the Middle Ages and beyond, and violent persecutions of the accused left an indelible mark. Yet, as R. I. Moore suggests, the version of these events that has come down to us may be more propaganda than historical reality.

Popular accounts of heretical events, most notably the Cathar crusade, are derived from thirteenth-century inquisitors who saw organized heretical movements as a threat to society. Skeptical of the reliability of their reports, Moore reaches back to earlier contemporaneous sources, where he learns a startling truth: no coherent opposition to Catholicism, outside the Church itself, existed. The Cathars turn out to be a mythical construction, and religious difference does not explain the origins of battles against heretic practices and beliefs.

A truer explanation lies in conflicts among elites—both secular and religious—who used the specter of heresy to extend their political and cultural authority and silence opposition. By focusing on the motives, anxieties, and interests of those who waged war on heresy, Moore’s narrative reveals that early heretics may have died for their faith, but it was not because of their faith that they were put to death.