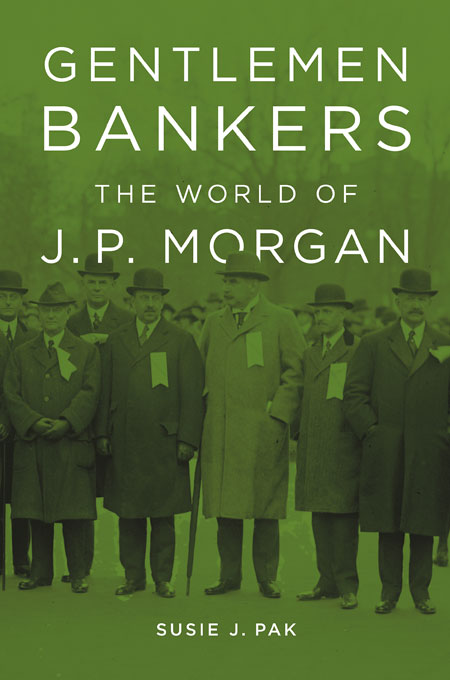 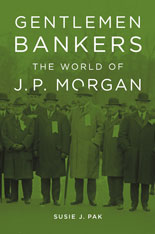 “Gentlemen Bankers is a window into a world that, for one fleeting moment, dominated American finance. By concentrating on the nonfinancial aspects of that world Pak greatly enriches our understanding of the entire era.”—John Steele Gordon, Wall Street Journal

“Pak writes clearly and makes a strong case that the Morgan bank should be considered in its social as well as its economic context.”—Lawrence Maxted, Library Journal

“This fascinating book presents the social history of America’s leading private banking house and analyzes the sources of its prestige and influence. Pak has written a persuasive and engaging volume and an excellent work of business history.”—Eric D. Hilt, Wellesley College

“In an era when anti-Semitism was widespread, why did WASP and Jewish bankers, who didn’t really like one another, often cooperate in investment banking syndicates? The answer, according to Susie Pak, is that they worked well together so long as their social lives were totally separate. She explores these and other aspects of the economic and social networks of these bankers in this provocative book.”—Richard Sylla, New York University