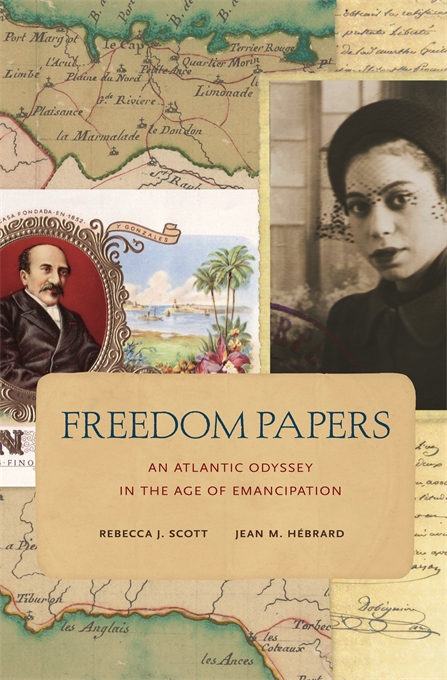 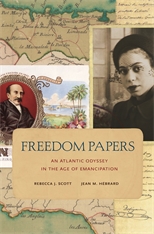 An Atlantic Odyssey in the Age of Emancipation

Around 1785, a woman was taken from her home in Senegambia and sent to Saint-Domingue in the Caribbean. Those who enslaved her there named her Rosalie. Her later efforts to escape slavery were the beginning of a family’s quest, across five generations and three continents, for lives of dignity and equality. Freedom Papers sets the saga of Rosalie and her descendants against the background of three great antiracist struggles of the nineteenth century: the Haitian Revolution, the French Revolution of 1848, and the Civil War and Reconstruction in the United States.

Freed during the Haitian Revolution, Rosalie and her daughter Elisabeth fled to Cuba in 1803. A few years later, Elisabeth departed for New Orleans, where she married a carpenter, Jacques Tinchant. In the 1830s, with tension rising against free persons of color, they left for France. Subsequent generations of Tinchants fought in the Union Army, argued for equal rights at Louisiana’s state constitutional convention, and created a transatlantic tobacco network that turned their Creole past into a commercial asset. Yet the fragility of freedom and security became clear when, a century later, Rosalie’s great-great-granddaughter Marie-José was arrested by Nazi forces occupying Belgium.

Freedom Papers follows the Tinchants as each generation tries to use the power and legitimacy of documents to help secure freedom and respect. The strategies they used to overcome the constraints of slavery, war, and colonialism suggest the contours of the lives of people of color across the Atlantic world during this turbulent epoch.