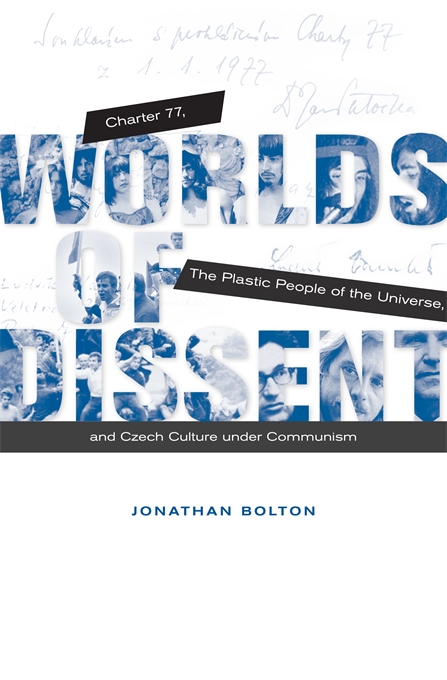 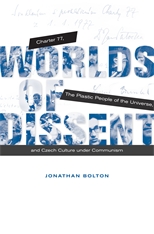 Charter 77, The Plastic People of the Universe, and Czech Culture under Communism

Worlds of Dissent analyzes the myths of Central European resistance popularized by Western journalists and historians, and replaces them with a picture of the struggle against state repression as the dissidents themselves understood, debated, and lived it. In the late 1970s, when Czech intellectuals, writers, and artists drafted Charter 77 and called on their government to respect human rights, they hesitated to name themselves “dissidents.” Their personal and political experiences—diverse, uncertain, nameless—have been obscured by victory narratives that portray them as larger-than-life heroes who defeated Communism in Czechoslovakia.

Jonathan Bolton draws on diaries, letters, personal essays, and other first-person texts to analyze Czech dissent less as a political philosophy than as an everyday experience. Bolton considers not only Václav Havel but also a range of men and women writers who have received less attention in the West—including Ludvík Vaculík, whose 1980 diary The Czech Dream Book is a compelling portrait of dissident life.

Bolton recovers the stories that dissidents told about themselves, and brings their dilemmas and decisions to life for contemporary readers. Dissidents often debated, and even doubted, their own influence as they confronted incommensurable choices and the messiness of real life. Portraying dissent as a human, imperfect phenomenon, Bolton frees the dissidents from the suffocating confines of moral absolutes. Worlds of Dissent offers a rare opportunity to understand the texture of dissent in a closed society.