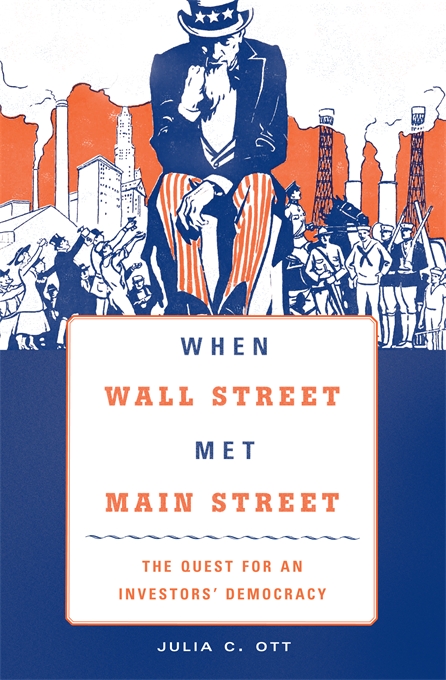 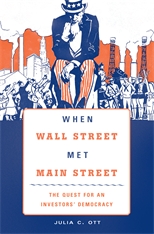 The Quest for an Investors' Democracy

The financial crisis that began in 2008 has made Americans keenly aware of the enormous impact Wall Street has on the economic well-being of the nation and its citizenry. How did financial markets and institutions—commonly perceived as marginal and elitist at the beginning of the twentieth century—come to be seen as the bedrock of American capitalism? How did stock investment—once considered disreputable and dangerous—first become a mass practice?

Julia Ott tells the story of how, between the rise of giant industrial corporations and the Crash of 1929, the federal government, corporations, and financial institutions campaigned to universalize investment, with the goal of providing individual investors with a stake in the economy and the nation. As these distributors of stocks and bonds established a broad, national market for financial securities, they debated the distribution of economic power, the proper role of government, and the meaning of citizenship under modern capitalism.

By 1929, the incidence of stock ownership had risen to engulf one quarter of American households in the looming financial disaster. Accordingly, the federal government assumed responsibility for protecting citizen-investors by regulating the financial securities markets. By recovering the forgotten history of this initial phase of mass investment and the issues surrounding it, Ott enriches and enlightens contemporary debates over economic reform.