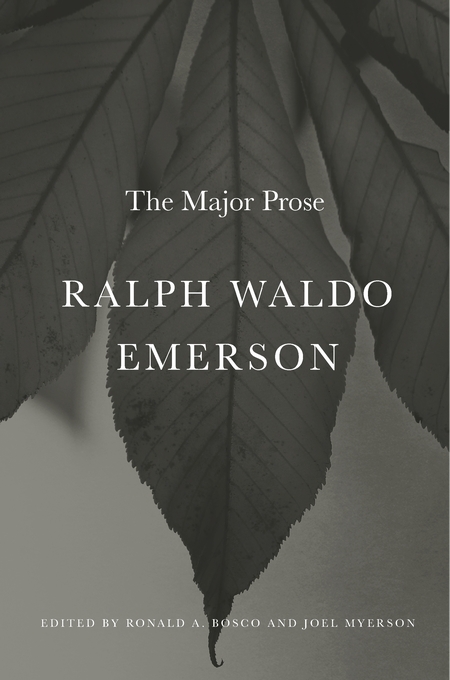 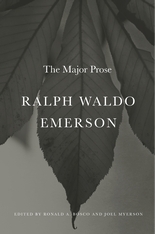 Upon its completion, The Collected Works of Ralph Waldo Emerson (1971–2013) was hailed as a major achievement of scholarship and textual editing. Drawing from the ten volumes of the Collected Works, Ronald A. Bosco and Joel Myerson have gathered some of Emerson’s most memorable prose published during his lifetime and under his direct supervision. The editors have enhanced those selections with additional writings to produce the only anthology that represents in a single volume the full range of Emerson’s written and spoken prose genres—sermons, lectures, addresses, and essays—that took on their public life in the pulpit or lecture hall, or on the printed page.

Ralph Waldo Emerson: The Major Prose demonstrates the remarkable scope of Emerson’s interests, from science, literature, art, philosophy, natural history, and religion to pressing social issues such as slavery and women’s rights, to the character of his contemporaries, including Lincoln and Thoreau. Emerson’s classic essays Nature, “Self-Reliance,” and “Experience” complement his less familiar but no less vital texts, including the deeply heterodox sermon on “The Lord’s Supper,” which effectively announced his resignation from the ministry, and late essays on “American Civilization,” “Character,” and “Works and Days.” Edited according to the most rigorous modern standards, Ralph Waldo Emerson: The Major Prose provides an authoritative compendium of writings by one of America’s most significant literary figures and public intellectuals.