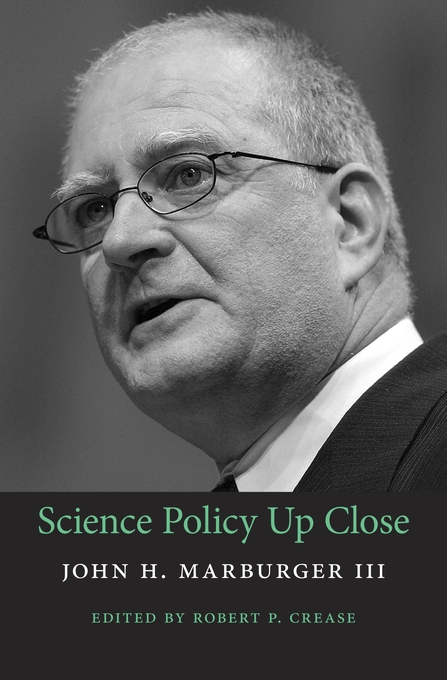 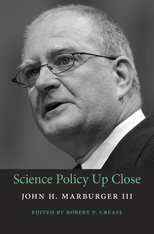 “Among [Marburger’s papers] is a long, beautiful letter to a high school student who requested information about the controversial nuclear reactor at Brookhaven National Laboratory. The response not only clearly lays out the pros and cons of the reactor but also considers how a ‘reasonable’ person should evaluate a controversy, and is characteristic of Marburger’s careful presentation of all sides and societal context… This book will prove valuable to those, like Marburger, concerned with the interaction between science and society.”—A. M. Saperstein, Choice

“Marburger examines the interface between science and government through the prism of several complex situations in which he played a central role. The lucid ‘memos to self’ and public addresses give valuable insights into science policy development over 30 years, and how it must evolve in future.”—Paul Grannis, Distinguished Research Professor, Stony Brook University

“As a science policy actor on the American stage, Jack Marburger combined the requisite technical expertise with less common virtues: humility and a genuine respect for the views and concerns of citizens. This combination of assets imbued him with an uncommon capacity to navigate politically difficult issues, from controversies over nuclear energy to the divisive politics of the George W. Bush administration. Marburger’s writings thus provide not just a valuable insider’s view of the art of science policy making, but a civics lesson on what it takes to be an effective public servant.”—Daniel Sarewitz, Professor of Science and Society, Arizona State University