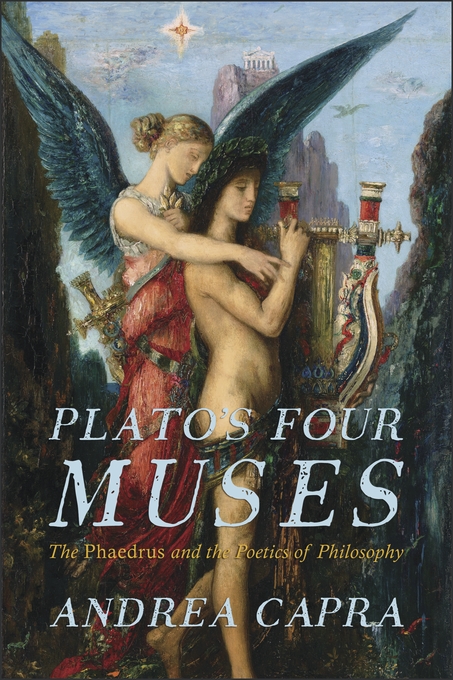 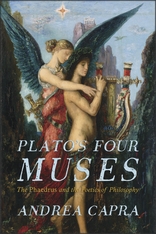 The Phaedrus and the Poetics of Philosophy

Plato’s Four Muses reconstructs Plato’s authorial self-portrait through a fresh reading of the Phaedrus, with an Introduction and Conclusion that contextualize the construction more broadly. The Phaedrus, it is argued, is Plato’s most self-referential dialogue, and Plato’s reference to four Muses in Phaedrus 259c–d is read as a hint at the “ingredients” of philosophical discourse, which turns out to be a form of provocatively old-fashioned mousikê.

Andrea Capra maintains that Socrates’s conversion to “demotic”—as opposed to metaphorical—music in the Phaedo closely parallels the Phaedrus and is apologetic in character, since Socrates was held responsible for dismissing traditional mousikê. This parallelism reveals three surprising features that define Plato’s works: first, a measure of anti-intellectualism (Plato counters the rationalistic excesses of other forms of discourse, thus distinguishing it from both prose and poetry); second, a new beginning for philosophy (Plato conceptualizes the birth of Socratic dialogue in, and against, the Pythagorean tradition, with an emphasis on the new role of writing); and finally, a self-consciously ambivalent attitude with respect to the social function of the dialogues, which are conceived both as a kind of “resistance literature” and as a preliminary move toward the new poetry of the Kallipolis.