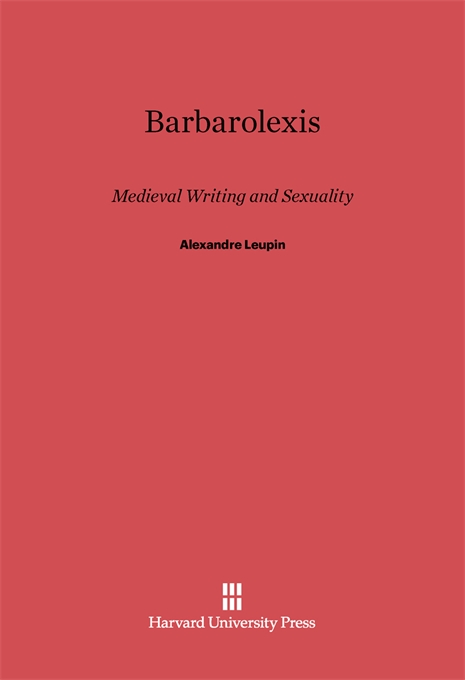 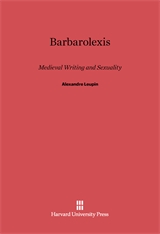 Under the exacting standards of literary and religious propriety in the Middle Ages, it was both impossible and unseemly to speak directly of God. This prohibition led to an exuberant degree of poetic license, barbarolexis, in the treatment of all other matters—and the results can often strike the modern reader as pornographic. It is the working of this poetic license in a variety of texts from diverse countries and diverse periods that Alexandre Leupin describes in this highly original new book.

Leupin does not apply modern categories to medieval writing. He is working to recover the rhetorical and poetic doctrines of the Middle Ages and to see medieval writing in that light, on its own terms. The scope of his inquiry reaches from the fourth to the sixteenth century, transcending the delineations of many genres—saints’ lives, poetry, prose, novels, epics—and paying close attention to the symbolic codes of the era—theology, ethics, rhetoric, aesthetics. He brings to light arcane but crucial texts, including Geoffrey of Vinsauf’s Poetria nova, La Vie de Saint Alexis, the fabliaux, Alan of Lille’s De planctu Naturae, and Richard de Fournival’s Bestiaires d’amours. The results make for lively reading, as Leupin brings medieval literature, often the province of the dry-as-dust scholar, into vivid relief. Medievalists, specialists in the sixteenth century and middle Latin, psychoanalysts, theologians, and students of the history of rhetoric will find that Barbarolexis richly repays their attention.